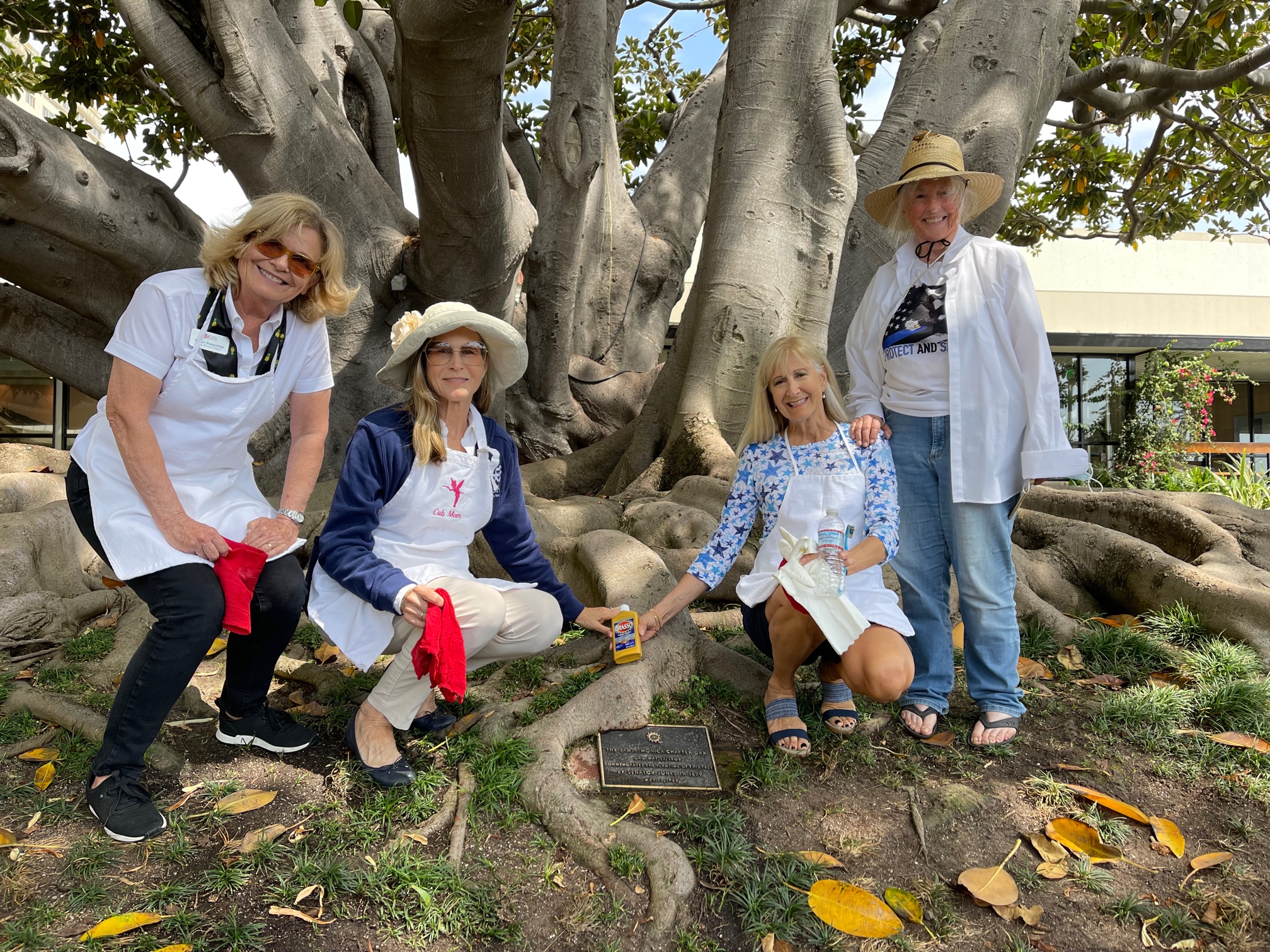 Members of the Santa Monica Chapter Daughters of the American Revolution (DAR) spent some time this past month cleaning a few of their historical markers in town.

One such marker is located at the Fairmont Miramar Hotel at the base of the Moreton Bay Fig and commemorates the planting of the tree by Senator John Percival Jones in 1879. In 1875, Jones co-founded Santa Monica with Colonel Robert S. Baker. Jones built a Victorian home overlooking the ocean, called Miramar, which translates to “view of the sea”.

“We worked closely with the Fairmont Miramar’s General Manager, Sam Jagger. The Miramar is a wonderful steward of both this amazing tree and our commemorative marker, reminding us of our local history,” said team leader Marjorie Graham.

The Santa Monica Chapter dedicated the marker in 1969 on the anniversary of the Chapter’s founding.

The Santa Monica Chapter, Daughters of the American Revolution, was organized on May 17, 1906, and seeks to follow the guidelines of the National DAR as a non-profit, non-political volunteer women’s service organization dedicated to promoting patriotism, preserving American history, and securing America’s future through better education for children. Members are all lineal descendants of those who supported the cause of independence in the Revolutionary War. For more information, see their website at santamonica.californiadar.org.