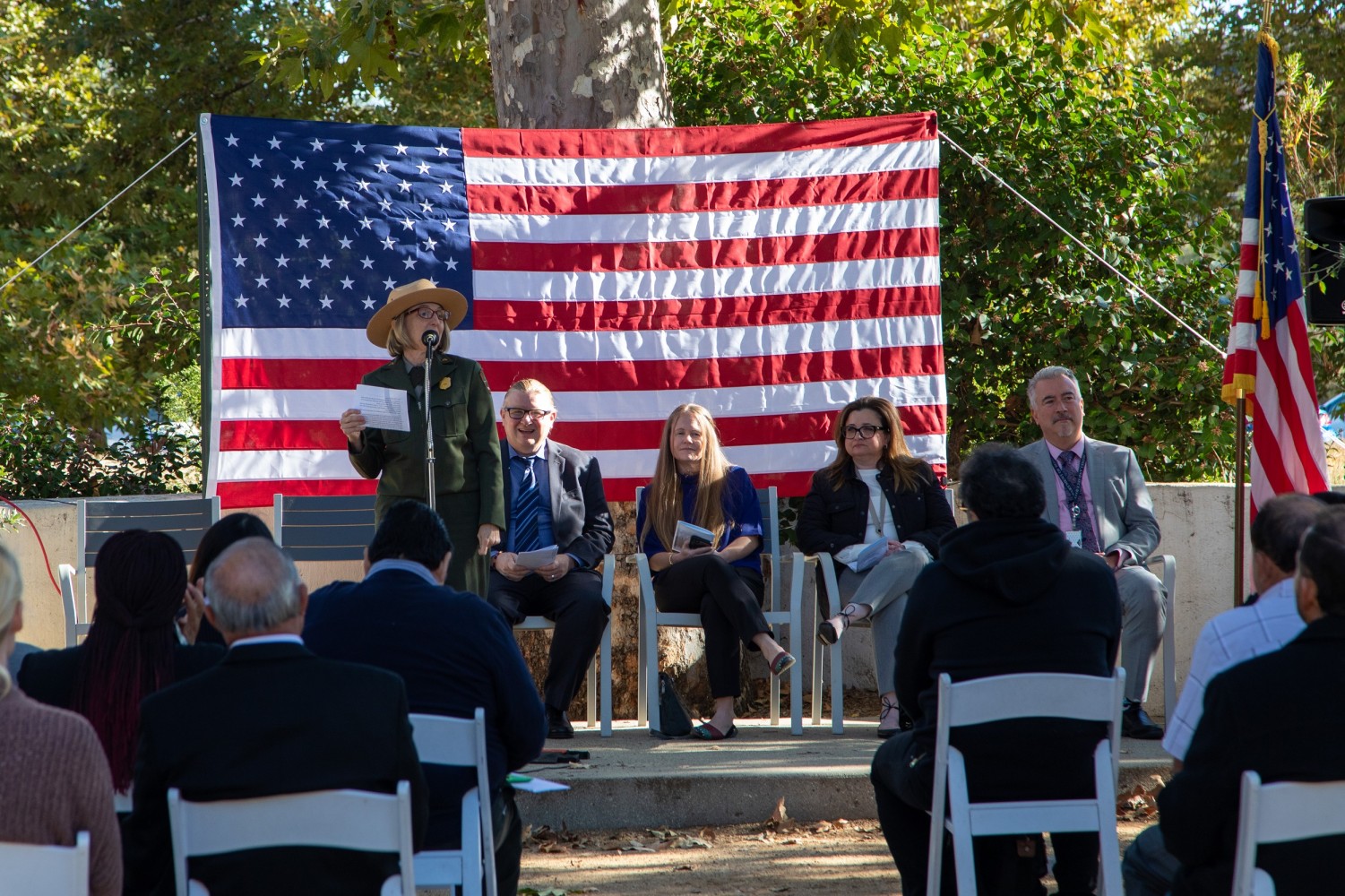 “The National Park Service is honored to host this important and life-changing ceremony for new citizens,” said Santa Monica Mountains National Recreation Area Acting Superintendent Jody Lyle who delivered opening remarks. “We hope the people who took their oath today feel a connection to their national parks and visit us regularly as places for recreation, education and fun.”

At the conclusion of the ceremony, park rangers introduced the new citizens to the outdoors and led them on a short hike to Inspiration Point nearby.

USCIS and NPS first signed an agreement in September 2006 to connect America’s newest citizens to national parks throughout the country. These historic and often picturesque public sites provide an ideal backdrop for citizenship ceremonies.

Since 2006, USCIS has coordinated special citizenship ceremonies at many of the 400 places safeguarded by NPS around the country. NPS has helped USCIS welcome new citizens in locations including Yosemite National Park, Channel Islands National Park, Mount Rushmore National Memorial and numerous other sites on the National Mall in Washington, D.C.