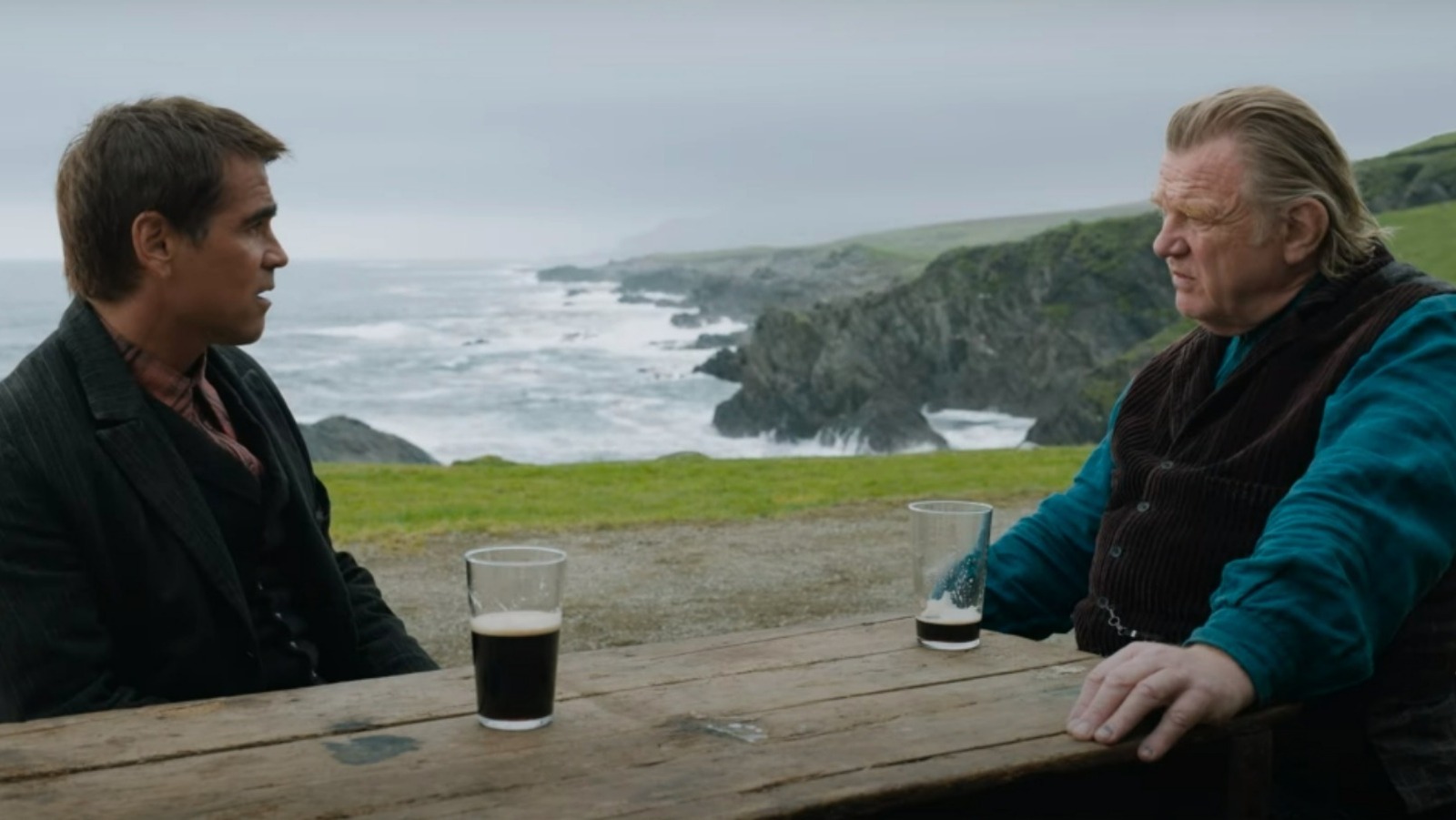 A Banshee is a female spirit from Irish Folklore who marks the death of someone by wailing or keening. Inisherin is a fictitious island off the west coast of County Galway in Ireland that in the Banshees of Inisheer is played by Inishmore and Achill, two real islands in that area. Martin McDonagh has written and directed a story set in that isolated region at the time of the “troubles” began between Northern Ireland and the Republic of Ireland, the early 1920’s. This simple story is so realistic, it seems almost as though it could be a documentary.

Over 50 years ago, I was fortunate enough to live for two years in an isolated village called Annamoe in the Wicklow Mountains about 30 miles south of Dublin. This was decades before the country went through a sea change in character brought about by the “Celtech Tiger,” when Ireland became the technology center for Europe in the late ‘90’s to early 2000’s. The Ireland I knew was very much like the village and landscape depicted in this film. It seemed as if nothing had changed since the 1800’s. There was a magic in the Irish ancient hills, trees, rivers, and the warm, decidedly eccentric people. Some of the villagers still spoke Gaelic to one another. I never met a Banshee though.

The Banshees of Inisheer is the first film by writer/director McDonagh to be shot in Ireland, where he spent his childhood summers. His parents still live in Galway, the last bastion of Gaelic culture, so McDonagh knows the area and its people well. He started his career as a celebrated playwright, and most of his plays are set in Ireland. The islands he has chosen for his location are isolated and seemingly untouched from the way they were at the turn of the last century. 70% of the people on Inishmore still speak Gaelic, on Achill around 50%. Inishmore and Achill are the Catalina and Channel Islands of Ireland, to put it in a California context.

This is the story of two men, “Padraic” and “Colm,” played beautifully by Colin Farrell and Brendan Gleeson, who feel their smallness within the vast scope of the world. They become giants in their own minds on this tiny island in the most remote area of Ireland. There are a series of grand gestures made, and hellishly misguided as they are, these actions seem to have a cathartic effect. The strained relationship between two men of the village is born of the bond they have with each other, and it affects the whole town. Kerry Condon is the one bright light as Padraic’s wise sister “Siobhan,” the force of reason. Barry Keoghan delivers a haunting performance as “Dominic,” the “idiot savant” of the village who instinctively comprehends better than anyone else what is happening. In the distance can be heard the explosions of the war on the mainland, Irish fighting Irish over whose version of Christianity is the right one. Padraic and Colm each try to take control over their role in the relationship, which in the end is impossible, because we really don’t have final control over our emotions. This mirrors the war, a fight over control. So realistically have these characters been written and brought to life, I recognize them from my time in Annamoe.

This film is an intense dramatic theater piece carried out in one of the most unique, beautiful, magical places in the world, maybe because of the softness of the light, maybe it’s the spirits of the souls who have stood on that land for thousands of years who reach out to you. The story is about the mysteries of human nature, despair, friendship and tragedy. The landscape is breathtaking and plays front and center thanks to brilliant cinematographic painting by Ben Davis, which makes the loneliness and despair of the characters pop out of the screen.