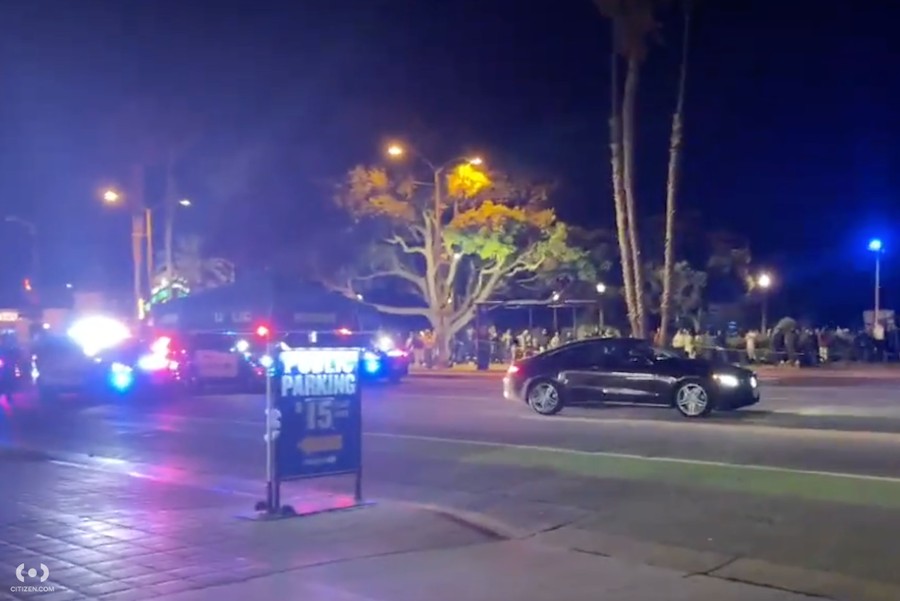 A long standoff between police and a driver that occurred in Santa Monica Thursday night ended in an unusual fashion.

According to the Santa Monica Police Department (SMDP), on Thursday around 8:40 p.m dispatcher received a call from a male indicating they had a gun pulled on him. Police say the caller was evasive with the dispatcher, but they were able to determine he was on Ocean Avenue near the Santa Monica Pier in a Mercedes Benz.

“Officers arrived on scene and located the Mercedes that was now mobile, occupied only by the driver (caller),” wrote SMPD Public Information Officer Rudy Flores in an email statement. “Initial responding officers attempted to make a traffic stop of the vehicle, but the vehicle failed to yield.”

According to the SMPD, the Mercedes evaded officers and came to a stop on Ocean Avenue near Broadway. As the officers approached, the Mercedes would move forward. This occurred several times until the officers remained at their vehicles and attempted to have the male exit his car.

“The family of the driver was located and they advised SMPD that the driver had recently experienced some mental health issues,” Flores said.

Members of SMPD’s Crisis Negotiations Team were on the scene but were also unable to get the driver to comply.

Around 10:45 p.m. SMPD personnel began to move away from the Mercedes in an attempt to de-escalate the situation and the driver “spontaneously drove away,” police say. SMPD Officers did not follow.

“We were informed that at one point the sister convinced the driver to pull over and move over to the passenger seat. She then drove him to the Marina Del Rey Sheriff’s Station,” Flores said.

The SMPD has not released the identity of the driver.

The Sheriff’s Department could not be reached for further information.

This article will be updated as more details become available.