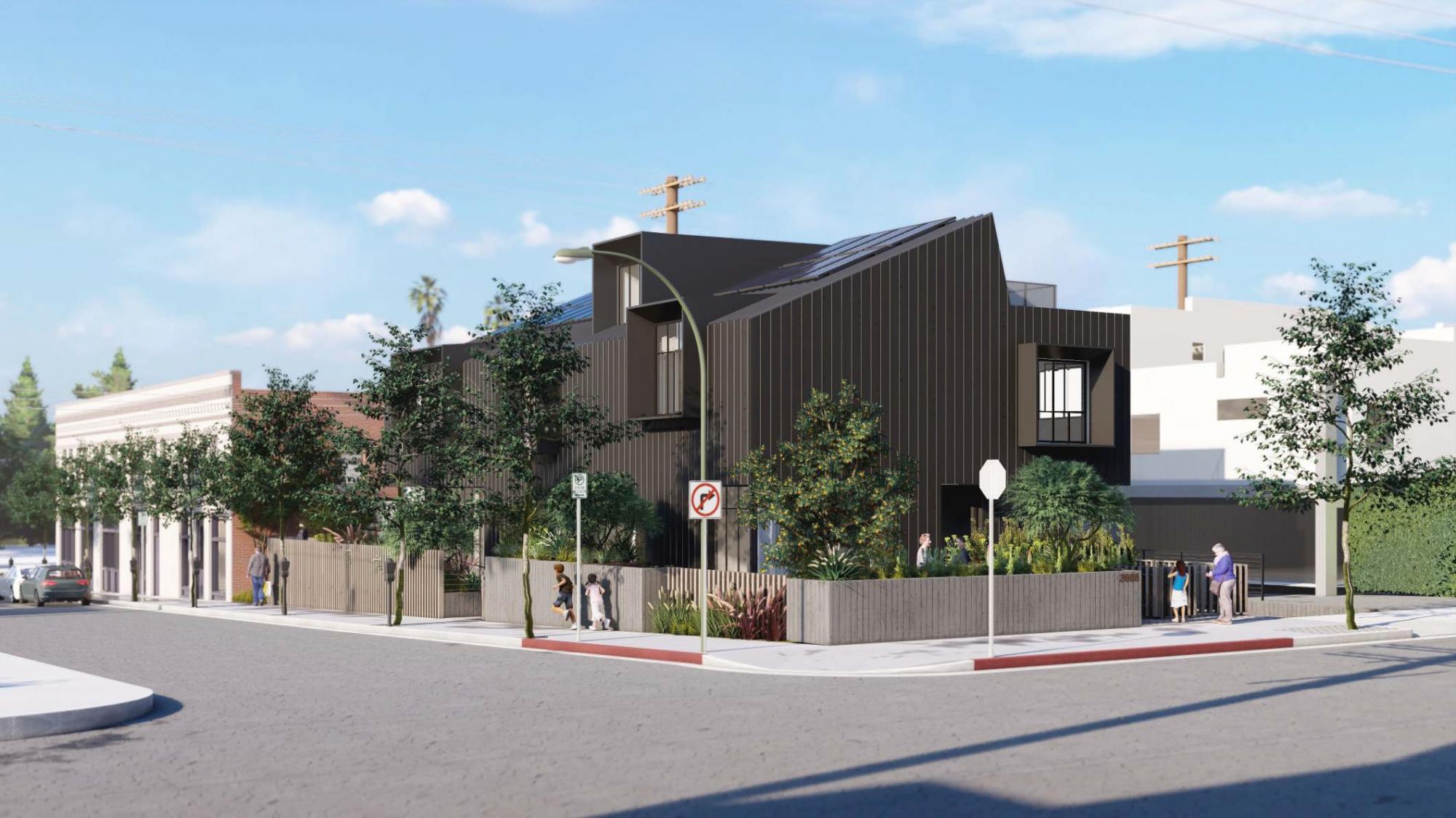 Project would include two apartments with a market

Redcar Properties has plans for a parking lot that is near the beach in Santa Monica as reported by Urbanize Los Angeles and the project went before the Santa Monica Planning Commission on November 2 for review. Redcard Properties already owns the site at 2668 2nd Street.

The plan is to build a two-story building with two units of housing and a 738 neighborhood market on the ground floor with seven parking spaces underground in a one-level parking area. Kevin Daly Architects are the designer of record and the project would consist of a two-bedroom apartment and a two-story townhome with three bedrooms that would sit on top of the market. The exterior of the building would be wood siding and there would be a small courtyard outside.

This site is part of the Third Street Neighborhood Historic District, which makes the approval process slightly more difficult. The Historic Resources Group’s report has approved the more modern design of the building according to Urbanize Los Angeles as meeting the local and federal requirements for new buildings in historic districts and the Santa Monica Landmarks Commission, which has already approved the design.