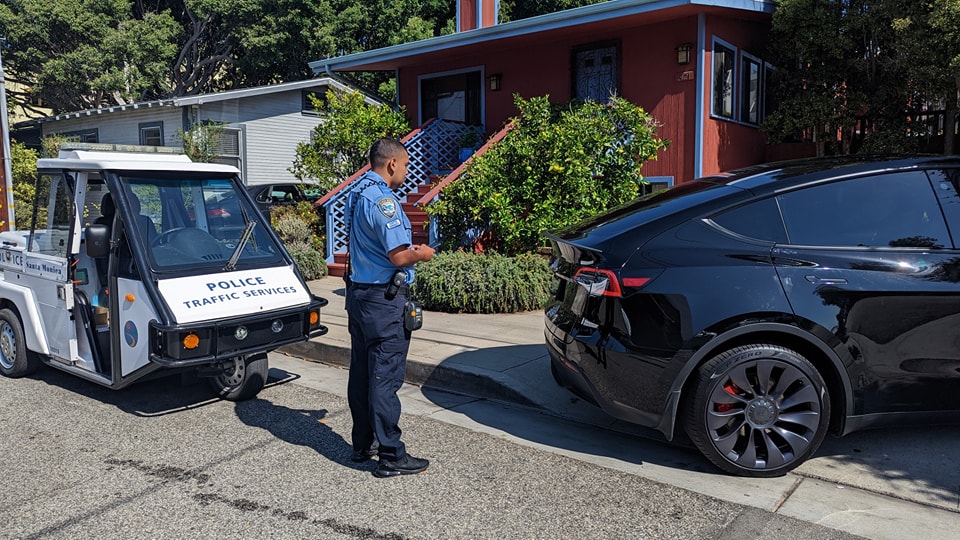 Move comes after backlash from residents

Santa Monica has placed an indefinite moratorium on a previous directive that ordered Santa Monica Police Department (SMPD) officers to cite cars that parked illegally on driveway aprons and parkways, under section 3.12.380 of the Santa Monica Municipal Code.

The ordinance, announced last month, was slated to go into effect at the beginning of November before city staff stated that it would be suspended for review until further notice.

Santa Monica resident Leah Mendelsohn noted that she was informed of the measure being backpedaled during a phone call with City Staff on Halloween. Mendelsohn, alongside fellow advocate Jason Axe, had spearheaded a community effort to repeal the ordinance, petitioning the City to address the issue.

City Communications Manager Constance Farrell announced last week that the city had been “evaluating community feedback” and would “‘provide staff the opportunity to consider and bring forward alternatives”, suspending all ticketing enforced by the ordinance.

“It’s personal for me,” Mendelsohn said. “Many of my neighbors with children, or who have disabled people in their families, find it easier to park on driveway aprons in order for them to access their car. It’s just easier.” She also criticized the City purportedly citing “inequity” as one of the reasons for the original ordinance. “There’s so much bigger inequity in this city, it doesn’t make sense.”

Farrell indicated that City would “determine what changes are necessary to ensure sidewalks remain accessible” and stressed that citation by law enforcement would continue for vehicles blocking sidewalks to ensure safety, according to California Vehicle Code Section 22500.