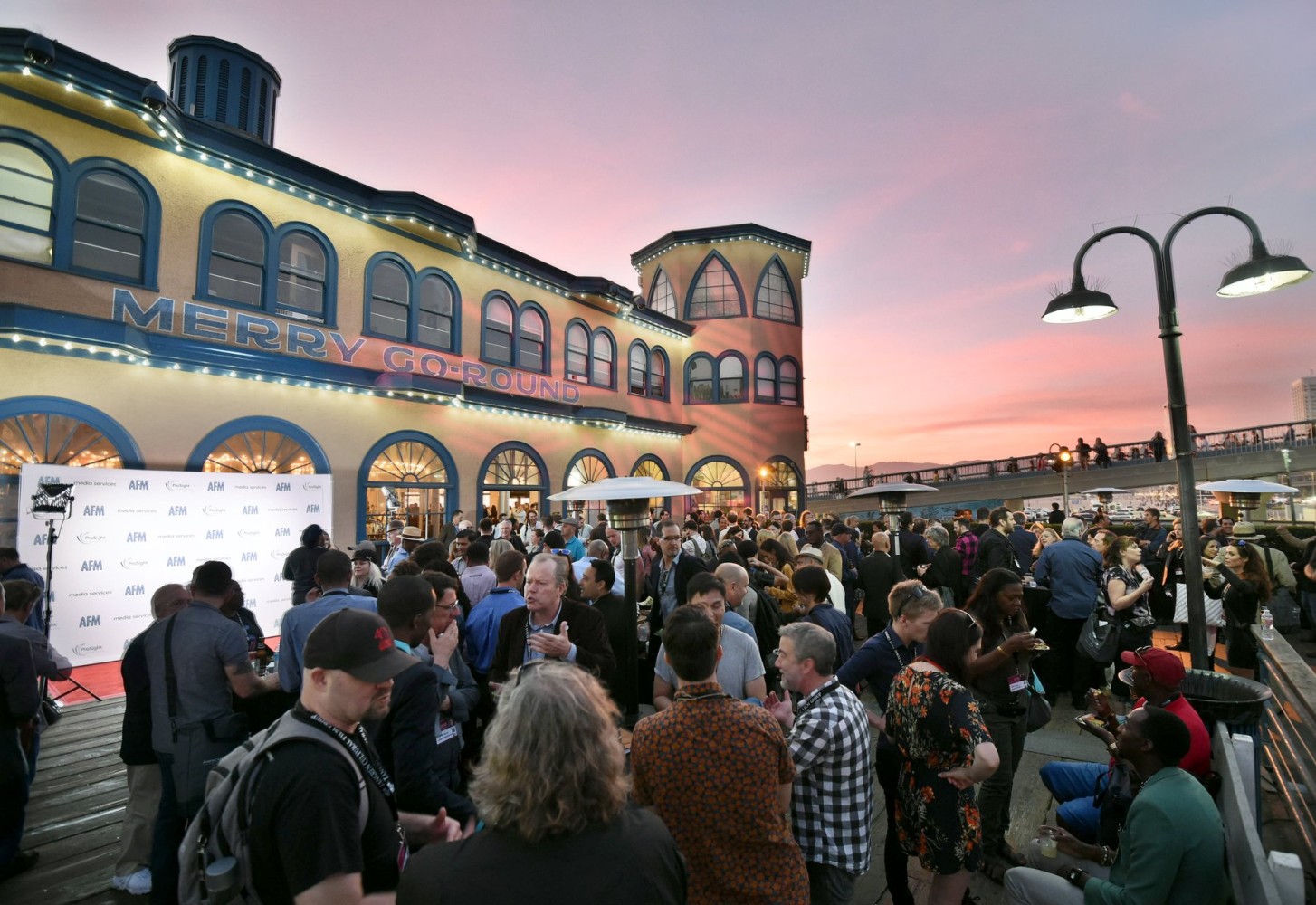 During the six-day conference, producers, distributors, sales agents, directors and key members of the worldwide motion picture and television industry will convene for screenings, deal-making, panels and networking.

“November is a month of thanks and this year we’re thankful to welcome the American Film Market back to Santa Monica for its 30th year in our beachside city,” said Misti Kerns, President and CEO of Santa Monica Travel & Tourism. “AFM is such a highlight and plays a huge role in our economic recovery process, bringing thousands of film industry professionals to Santa Monica in what is typically our off-season. We also want to extend a special thanks to all the local businesses who put together specials just for the occasion and embody Santa Monica’s generous hospitality, we couldn’t do this without you.”

To accommodate AFM, Loews Santa Monica Beach Hotel transforms into a hub and marketplace for the conference where more than 300 films are screened over the course of six days. According to Santa Monica Travel & Tourism, 90 percent of the world’s films are financed, produced and/or distributed by AFM participants.

Referred to as “Hollywood by the Beach,” Santa Monica is an ideal location to screen films with a plethora of theaters all located within the City’s 8.3 square miles. Following suit to the previous years, Loews will convert the hotel’s ballroom space into screening rooms. AMC Santa Monica, Broadway Cineplex and Ocean Screening Roomwill also host AFM attendees, giving buyers the opportunity to view screenings in ideal environments across the AFM campus.

“Santa Monica has been home to the AFM and the independent industry for 30 years and we are delighted to return beachside after three long years away,” said Jean Prewitt, Independent Film & Television Alliance President/CEO.  “This year’s AFM is a much anticipated in-person reunion for thousands of our colleagues and friends from around the world. Over the next week, AFM participants will be working hard, celebrating the creativity of our industry, and enjoying all that beautiful Santa Monica has to offer.”