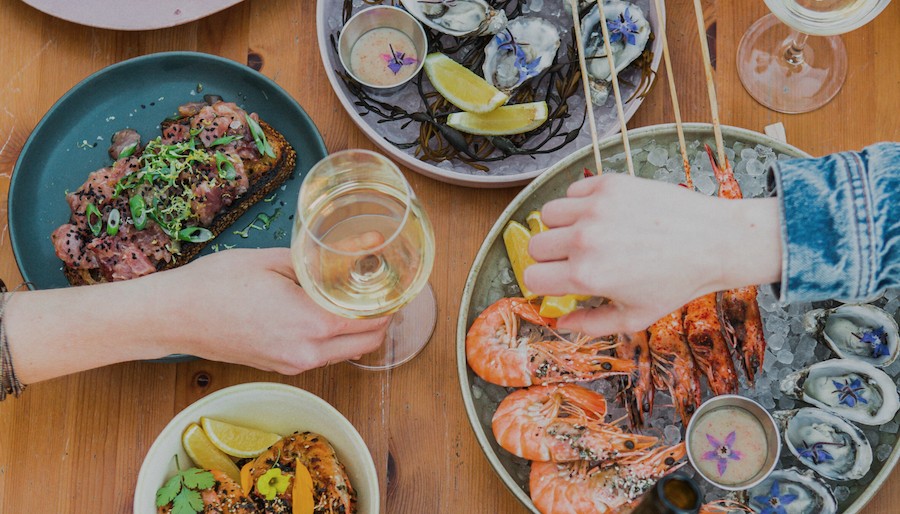 The owners of Crudo e Nudo, Brian Bornemann and Leena Culhane, and Chez Tex owners Hayley and Jesse Feldman will join forces to open a new and as yet unnamed restaurant in the Chez Tex space at 218 Main Street in Venice as reported by What Now Los Angeles. This collaborative project is projected to open in 2023, midway through the month of January. The space has one of the only wood-fired grills on the Westside.

Continuing with the spirit of collaboration, Eater Los Angeles reports that Westside sake brewer Sawtelle Sake will be working with the owners on the menu.

Brian Bornemann said, as quoted by Eater Los Angeles, “We’ve maxed out the ability of what we can serve raw at Crudo, with as many as ten items on the menu. Now we’ll have the opportunity to use other proteins and veggies we couldn’t use. Black cod, skate, ray, and we’re going to add in feathers — duck, quail, pheasant, chicken. But no four-legs, no quadrupeds. We want to use something that’s underrepresented, underutilized. You can get a steak anywhere. It’s time for something a little bit more fresh.”

In that collaborative spirit, Hayley and Jesse Feldman said, as quoted by What Now Los Angeles, “We admired their collective values when it came to ingredients, sustainability, and community. We want to divide and conquer as equal partners. We’re making the change with excitement, not regret. This is the next chapter for this space.”