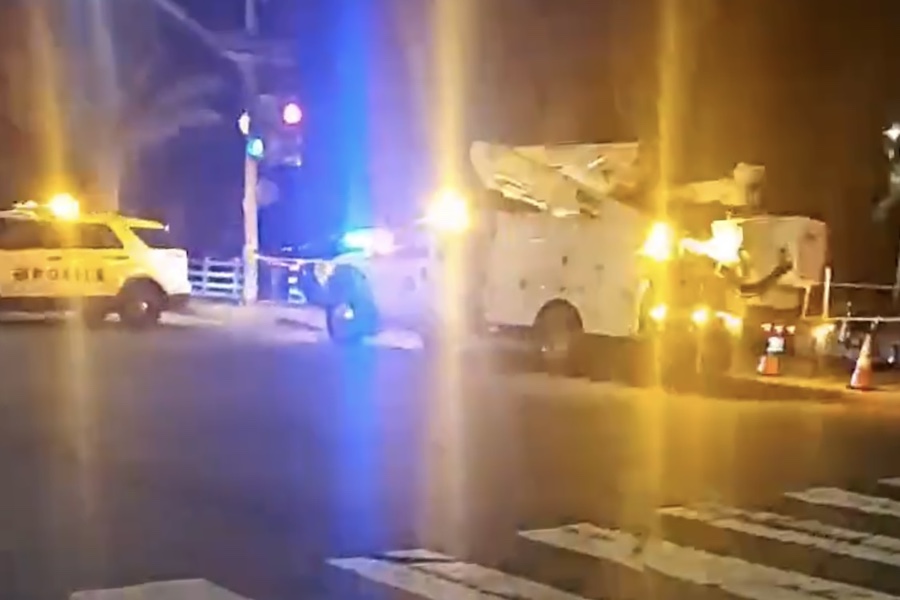 A car drove over the bluffs at Palisades Park in Santa Monica over the weekend.

According to the Santa Monica Police Department (SMPD), on Saturday around 12:25 a.m. dispatchers received multiple calls regarding a vehicle that drove over the bluffs at Palisades Park near the Montana Avenue stairs.

Police say the vehicle had driven west on Montana Avenue into Palisades Park crashing through the barrier and landing approximately 50 feet west into the bluffs.

“Officers contacted two occupants who were inside the vehicle. Both sustained minor injuries and were transported to a local hospital with non-life-threatening injuries. The driver was subsequently cited for felony DUI,” the SMPD said.

A crane was requested and responded to remove the vehicle from the bluffs, according to the SMPD.