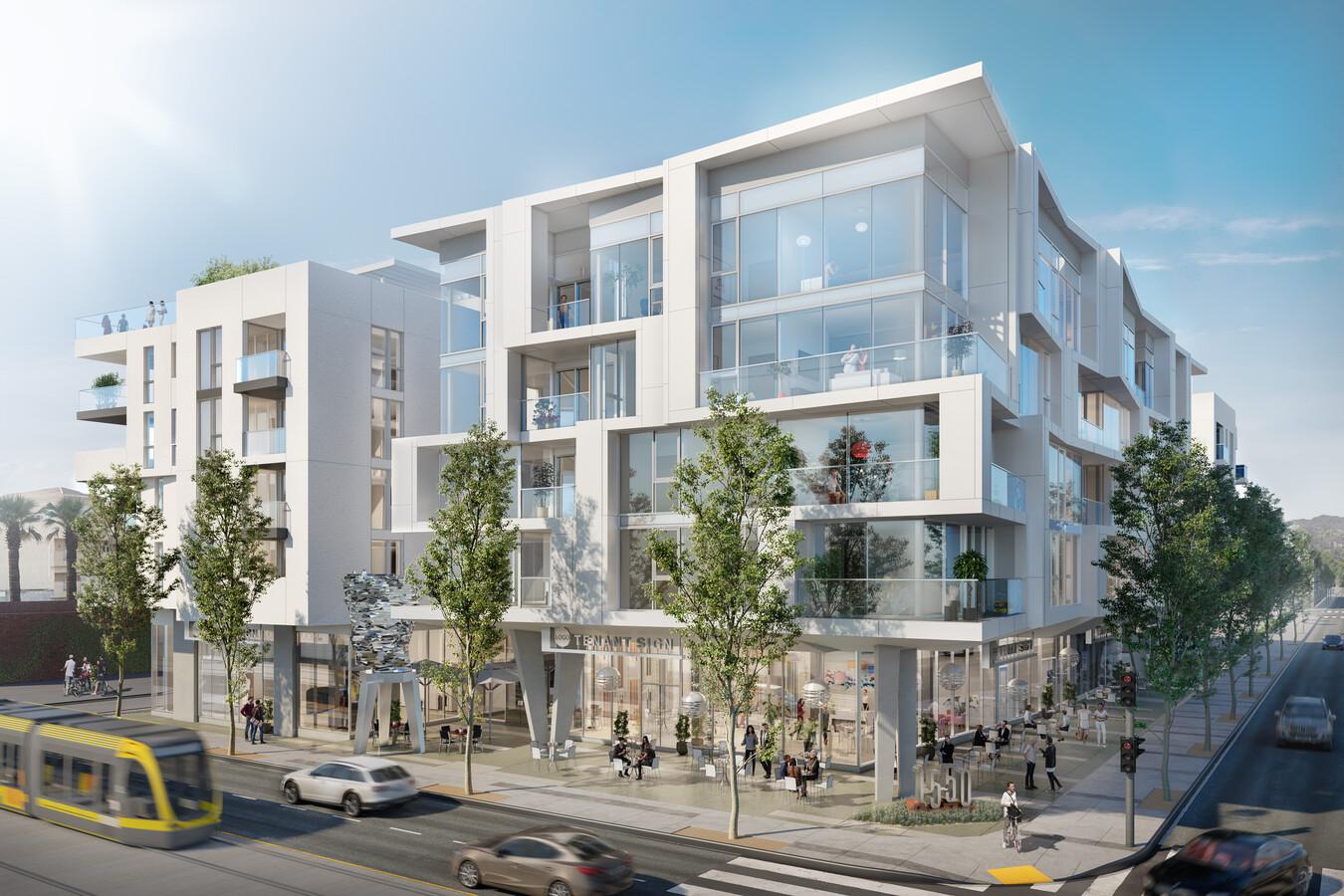 NMS Lincoln is nearly finished after two years of construction, the new structure at 1550 Lincoln Boulevard as reported by Urbanize Los Angeles. This structure is built on what was formerly the site of a Denny’s and is one of WS Communities’ many new projects that the company is building in the downtown area of Santa Monica.

This is another five-story, mixed-use-multifamily building that will hold 100 apartments as well as 11,500 square feet of retail space on the first floor according to the plans. The site will also have parking for 232 vehicles. The plans call for one, two and three-bedroom apartments per the project’s website.

The structure was designed by KFA Architecture in the ever-popular podium style. The exterior is all white with what is termed a “porous” ground floor and courtyard on Colorado Avenue. The design has a pedestrian paseo that will lead guests and residents through the site to Lincoln Boulevard. The building is scheduled to open sometime in the Winter of this year and will include amenities such as a pool, a gym and a rooftop spa.

Originally, this building was supposed to be completed in 2020 after the groundbreaking in 2018. However, the pandemic has delayed many such projects and NMS Lincoln was no exception. WS Communities is the company with the largest residential holdings in the downtown area of Santa Monica and its biggest landlord. During the Builder’s Remedy open submission period, which happened because the Santa Monica City Council’s Housing Element was rejected by the State of California, WS Communities pushed forward several new projects that are not compliant with Santa Monica’s building code but could not be rejected.