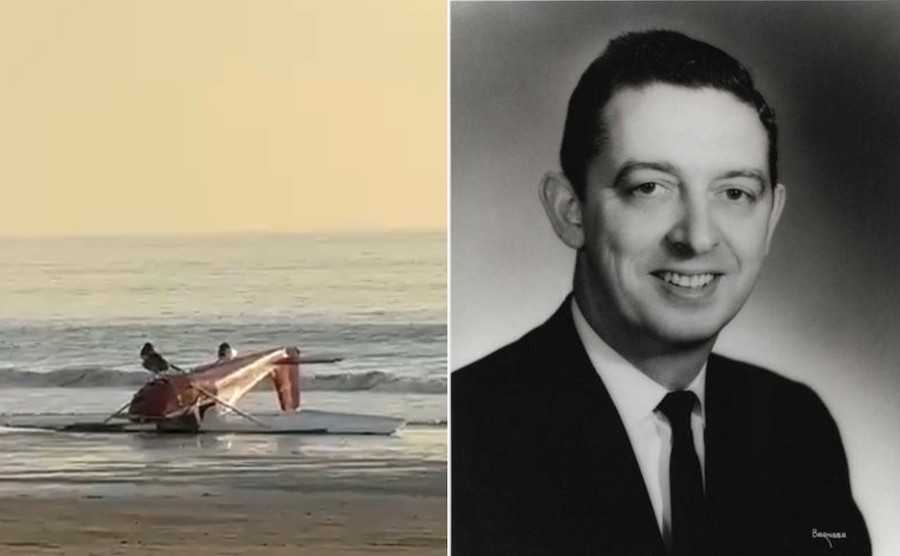 Former Santa Monica Mayor Rex Minter died in a plane crash Thursday when the small plane he was a passenger in crash-landed on Santa Monica Beach.

The plane involved –a single-engine Cessna – conducted an emergency landing on the beach and flipped upside down.

According to the SMFD, the aircraft departed Santa Monica Airport and headed to Malibu before the accident. Initial reports indicate the plane got as far as Sunset Boulevard before reporting engine trouble when and turned back and attempted a landing on the hardpack sand.

In a recording broadcast on KTTV-TV, air traffic control cautions the pilot that “landing on the beach will be at your own risk.”

“I wish I had another choice,” the pilot responded.

According to the SMFD, upon arrival, Lifeguards, Harbor Guards, and Firefighters encountered the plane upside down in the surf line.

“Two occupants were extricated and transported by Paramedics to a local hospital”, the SMFD said in a press release.

“Sadly, former SM mayor and judge Rex Minter was the passenger in the plane that crashed on the beach south of the Pier this afternoon. He has passed away. I have spoken with his family and relayed the City’s deepest condolences to them,” Davis said.

Minter, a lifelong pilot, served as Santa Monica’s mayor from 1963-1967 after being elected to City Council in 1955 at the age of 27. He also served as a Los Angeles Country Superior Court Judge.