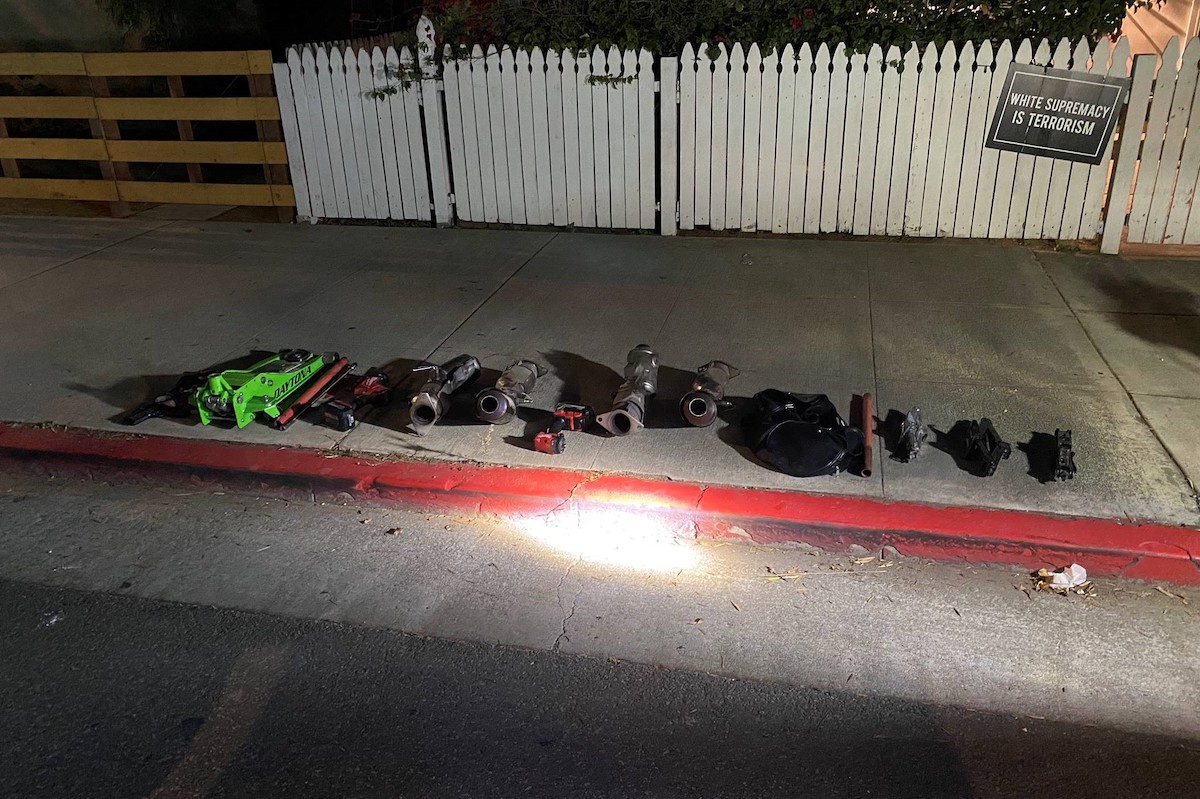 According to the Santa Monica Police Department (SMPD), on December 9 around 2:10 a.m., officers responded to the 2200 block of 22nd Street, near Virginia Avenue Park. The 911 caller reported that several suspects had just removed the catalytic converter from his sister’s 2010 Toyota Prius. The suspects fled in two automobiles: a dark blue Honda Accord and a dark green or gray Dodge Charger.

“Within minutes, officers located the cars driving in a convoy on Oak Street. Both vehicles were stopped and the subjects detained without incident,” the SMPD said. “The reporting party was able to positively identify the Honda as having been involved in the commission of the theft.”

The lead vehicle, the Charger, was driven by 21-year-old Gardena resident Jasenda Argueta with 19-year-old Antioch resident Victor Duarte Macia in the passenger seat. Officers located in the vehicle a Milwaukee power tool battery and the handle to a floor jack.

“During a jail search, officers found in Argueta’s wallet a white, powdered substance preliminarily identified as cocaine,” the SMPD added.

All four suspects were booked into the Santa Monica Jail for grand theft. Argueta was also booked for a Health & Safety Code violation for drug possession.

The National Insurance Crime Bureau (NICB) recently released a report showing catalytic converter theft has spiked due to three precious metals found inside the converters: palladium, rhodium and platinum. An ounce of rhodium costs roughly $15,000. For comparison, an ounce of gold costs around $1,800.

“The West has many of the same top targets as the national list, but the Prius sits atop the list instead of the Ford F-Series pickup, no doubt because the hybrid is incredibly popular in areas – such as California – with high gas prices and strict emissions laws,” Carfax wrote.