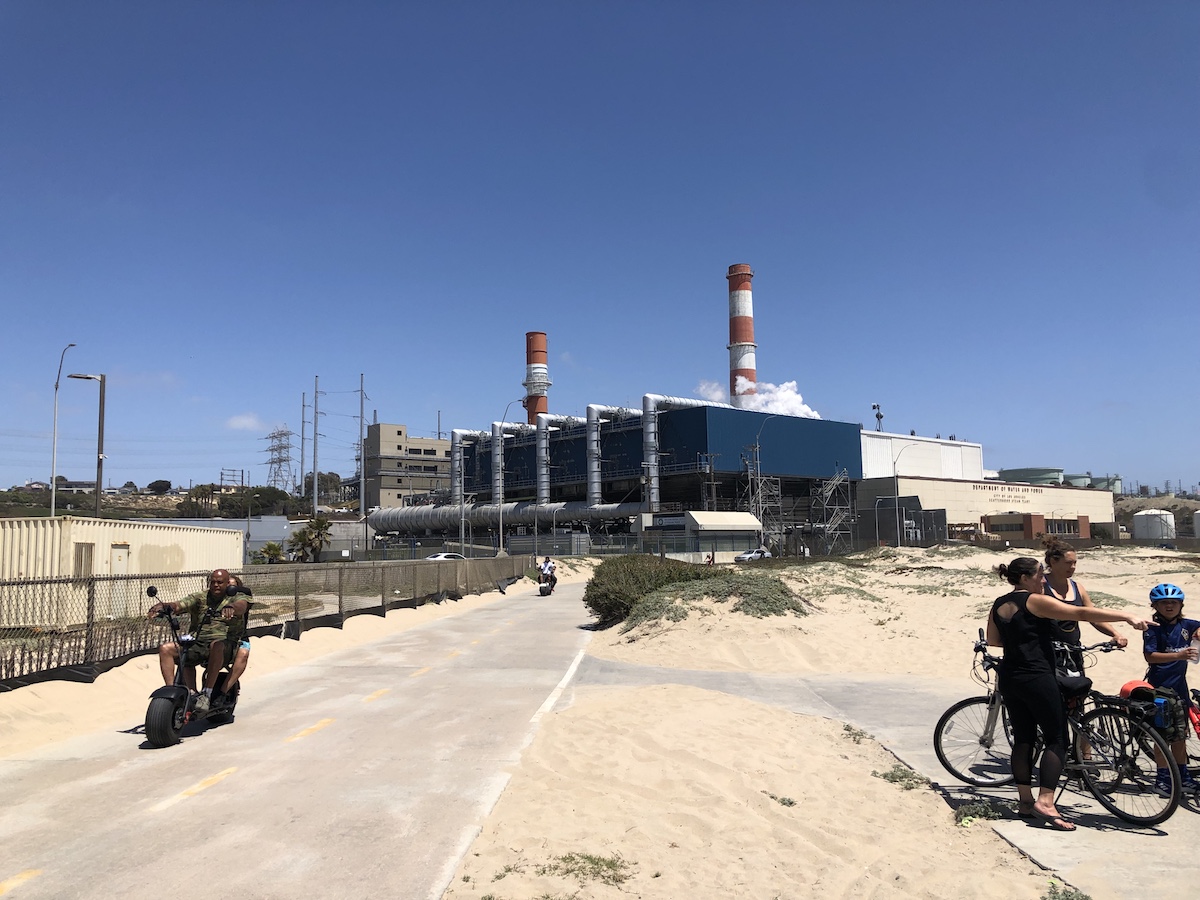 Plan would shift power to green hydrogen instead of natural gas

On December 1, the Los Angeles City Council’s Energy, Climate Change, Environmental Justice and River committee voted in favor of changing the source of the Scattergood Power Generating Station in Playa Del Rey to green hydrogen. The committee’s vote was 2 to 1 for a competitive bid plan that would cost $800 million.

Paul Krekorian, the LA City Council President and member of the Energy Committee, said that the plan – which still needs to be approved by the City Council as a whole – is necessary for Los Angeles to meet its clean energy goals by 2025 while having enough power for residents.

“The easiest thing to do is to say, ‘Climate change is a crisis. It’s a lot harder to figure out: How do we address climate change in a city of four million people and ensure that we can keep the lights on?” Krekorian said.

According to the Board of Water and Power Commissioners, the shift to green hydrogen would help the LADWP reach its goal of transitioning to 100 percent renewable energy by 2035.

The ordinance has been posted on the City Council agenda for Tuesday.

This plan has been opposed by Food and Water Watch and The Ballona Institute, two environmental groups who have voiced concerns over the green hydrogen. Jasmin Vargas of Food And Water Watch voiced concerns about hydrogen storage, the levels of emissions that the plant would release and how that would affect nearby residents. She noted her belief that the local community’s voices were not heard.

“That’s very concerning. There are easy questions we’re asking that we still have no answers to. So how is (the committee) passing this forward without having those solutions, those answers or having alternatives?” Vargas told City News Service.

Vargas said that the plan is “perpetuating institutional racism,” and would disproportionately impact Black and Brown communities. Instead, Food And Water Watch wants an alternative energy source in which there is no combustion of hydrogen on top of shutting down LADWP’s four LA Basin plants.

Paul Koretz, who will soon be leaving the City Council, voted against the ordinance in committee saying he did not trust SoCalGas and their plans for “green hydrogen”. Koretz said that a lobbyist from SoCalGas “looked me in the eye and told me they intended to use hydrogen to keep the methane flowing for as long as possible.”

“I do think we need to make the hard decision and the hard choices and do the work, but I’m just not there yet on this one,” Koretz said.

The Scattergood plant, located along the beach in Playa del Rey, last underwent a retrofit between 2013 to 2015. Two of the three units at the plant are conventional steam turbine generators that burn natural gas in boiler units. Between 2013 and 2015, the Department of Water and Power replaced the original Unit 3 with an efficient combined cycle of natural gas and steam turbine and two simple-cycle turbines.

Executive Director of the Ballona Institute Marcia Hanscom stated that the Ballona Wetlands in Playa Del Rey has a gas storage facility that the Institute regards as a risk to the area and that they feel should be removed.

“We don’t need to have a facility that has even more explosive components of hydrogen added into it.” about SoCalGas’s intention to continue using methane gas at Scattergood,” Hanscom said.

During the committee meeting, a power engineering manager for DWP, Marcelo DiPaolo, said that hydrogen burns at a lower temperature and thus would reduce emissions.

Mike Bonin, the outgoing City Council member for CD11, proposed that the definition of “green hydrogen” be tightened to exclude the blending of hydrogen and other gasses and put a requirement that contractors submitting bids on green hydrogen-related projects must include environmental justice impacts in their bids.

“We need clear guarantees that all raw materials used at Scattergood will be from 100% renewable energy sources,” Bonin said. “Hydrogen projects are being propped up by oil and gas companies, which may be hoping to blend hydrogen into their operation.”