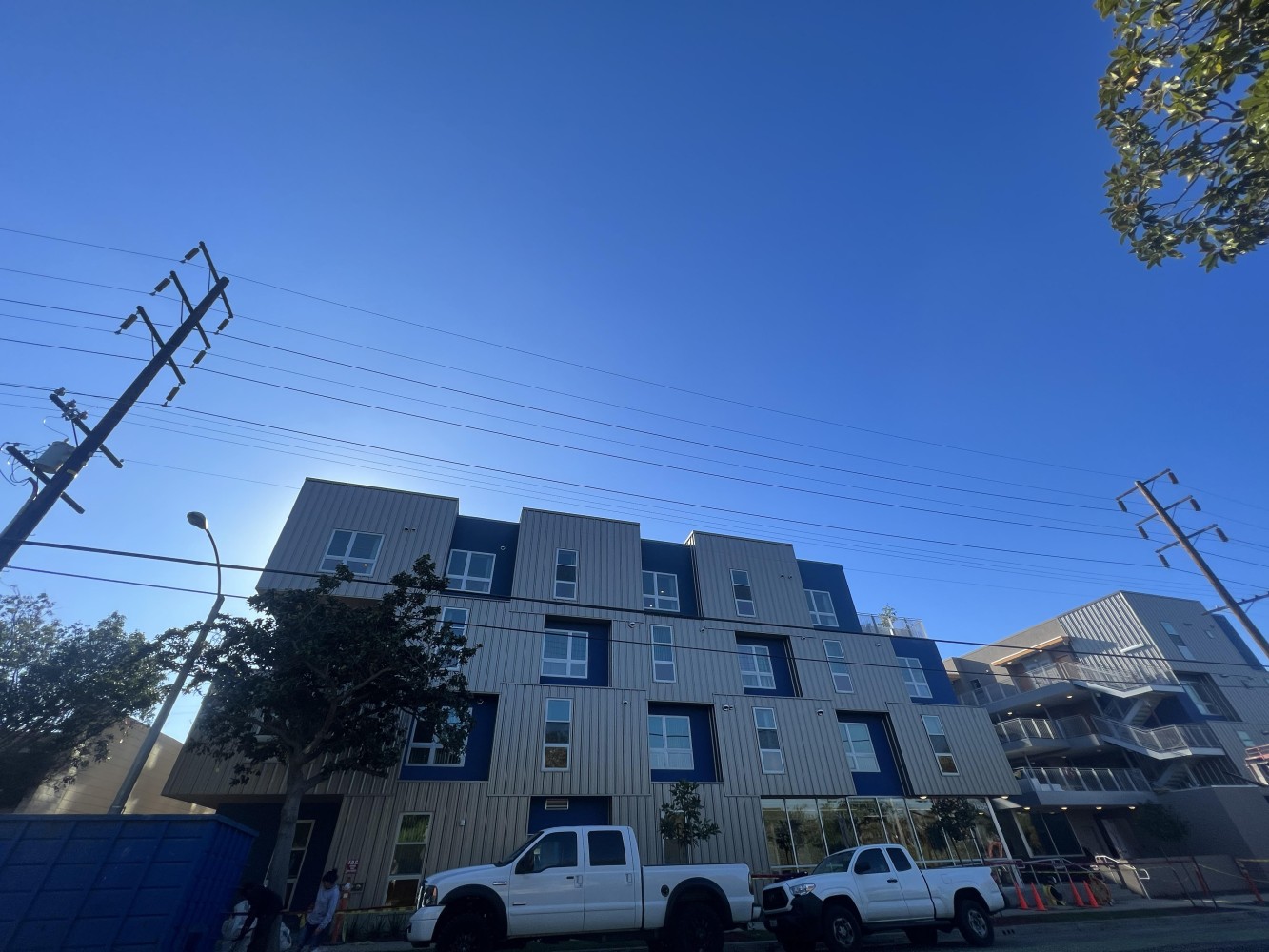 The Los Flores apartment complex in the Pico neighborhood of Santa Monica is almost complete as reported by Urbanize Los Angeles. This development is a mixed-use affordable housing project and the developer is Community Corp. of Santa Monica.

The structure is located at 1834-1848 14th Street, across the street from the Woodlawn Cemetery. It is a four-story building that will hold 73 units and as a mixed-use building will have 3,500 square feet reserved for retail stores on the first floor. The complex will have an underground parking lot for residents and customers for the retail space.

DE Architects is the designer of record for the project. The design is, according to Urbanize Los Angeles, a “ series of offset cubic masses” with “a concept of solids and voids.”  The building’s exterior will be surfaced with corrugated metal sheets.

The 73 apartments will be split between one, two and three-bedroom units and, as affordable housing, renters will only be considered if they earn 80 or less than Santa Monica’s median income. Community Corp of Santa Monica used the entitlements granted by AB 1763 that allow buildings that are made as affordable housing to avoid being subject to local zoning ordinances. It was originally estimated that the development would be completed in the fall of 2022.