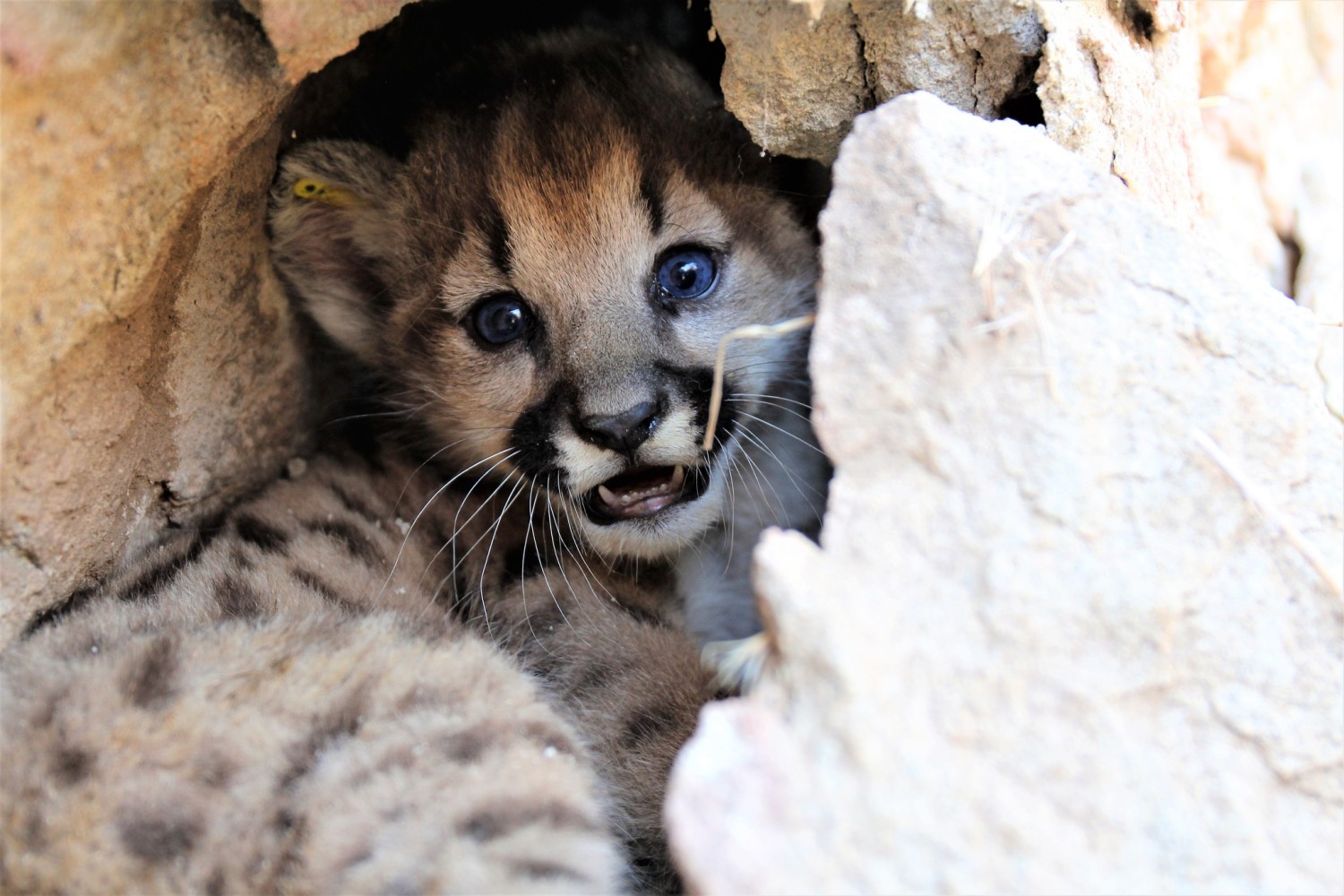 Biologists have announced a new kitten litter and two adult female mountain lions that have been added to a 20-year research study on mountain lions.

According to the NPS, they weighed between 1.80 kilograms to 1.95 kilograms and all appeared healthy. While their mother, P-99, was away from the den, they were discovered in a well-protected shelter in a rocky area of the western Santa Monica Mountains.

“A biologist uses radio telemetry to follow the mother while colleagues approach the den area, find the kittens, and conduct a workup on the kittens a short distance away from the den. Biologists remain in constant radio contact with each other. Hence, there is little chance that they will encounter the mountain lion mother,” the NPS said.

“This is likely the same kinked-tail mountain lion we picked up on remote cameras in the same area a couple years ago,” the NPS said. “We are excited to follow these two mountain lions in the northern part of our study area and learn where their home ranges are and who they may be related to.”