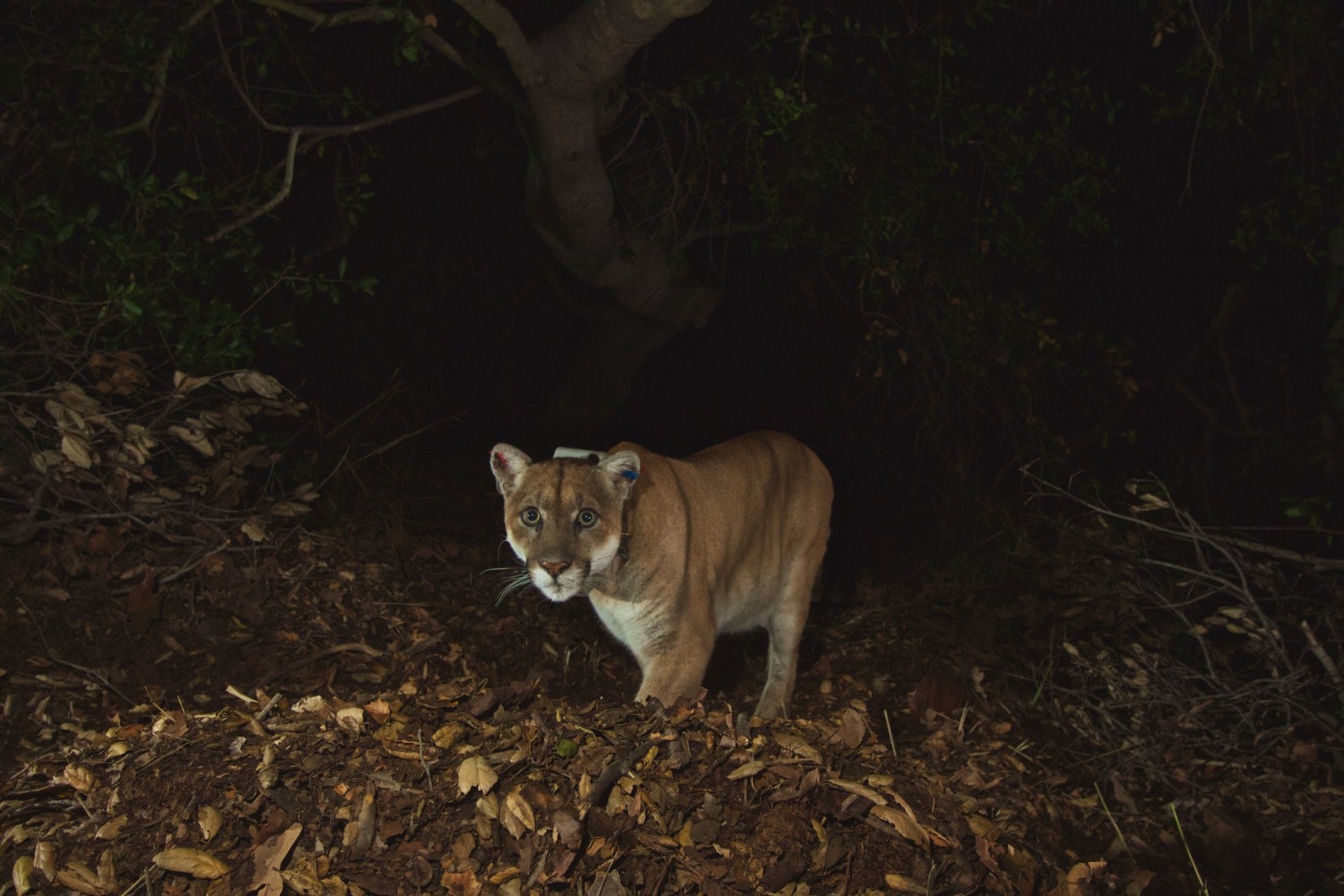 Mountain lion will not be euthanized, NPS says

During the evening of November 9, a large animal attacked a small dog while it was being walked on a leash near the Hollywood Reservoir. The National Park Service has confirmed that mountain lion P-22 was the animal responsible for the attack. The agency has announced it will not be euthanizing P-22, saying its behavior was “not atypical” during this incident, the first of its kind in the Los Angeles area.

“Based on video footage and GPS tracking collar data, we can confirm P-22 was the animal responsible for the attack.
We understand an incident like this is upsetting and can possibly heighten people’s concern for the safety of their pets and themselves. We also want to express our sympathies to the dog owner,” the NPS said. “In terms of this incident, there is no evidence that preying on pets is related to an increased chance of an attack on a person, either in mountain lions, or in other urban carnivores such as coyotes. Mountain lion attacks on humans are exceedingly rare, although they do occur.”

Officials say the dog was on a standard leash walking a few feet behind the person when P-22 attacked the dog. In an interview with KTLA, a dog walker was walking the deceased dog, Piper, a Chihuahua mix. In addition, the unnamed dog walker had with him another small dog.

“I felt the tug and I heard Piper squeal,” the man told KTLA. “I turn around and I just saw a face. I didn’t know what it was.”

“It was like a two- or three-second struggle,” the man continued. “He had Piper in his mouth. He didn’t growl at all. I didn’t even hear him. I never had a chance.”

The dog’s owner, Daniel Jimenez told KTLA he was out celebrating his daughter’s birthday the night Piper was killed. He was informed by a text from the dogwalker saying “the mountain lion attacked and took away your dog. Killed your dog.”

Jimenez does not blame the mountain lion for the incident, telling KTLA that P-22 was just doing what animals do: hunt for food.

“I don’t want anything bad to happen to P-22,” Jimenez said. . “I just want people to be safe out there so that nothing like this happens again.”

According to the NPS, this is the first incident of a mountain lion attacking a pet in the Los Angeles area.

“While we do not know of any previous incidents involving a mountain lion attacking a pet on a leash in the LA area, we have heard of two other mountain lion studies (one in CO and one in southern CA) that have each documented one such incident. There are also several factors that indicate P-22’s behavior was not atypical during this incident,” the NPS said.  “We know of mountain lions hunting domestic dogs and other pets in the past that were off leash, lost, or wandering. This has also been documented in other studies of mountain lions adjacent to urban and suburban areas in Colorado, Washington, and south of Los Angeles.”

According to the NPS, mountain lions are typically more active between dusk and dawn, in full darkness, an hour and a half after sunset. In addition, the NPS noted that although deer are generally their most important prey, mountain lions are opportunistic hunters and will hunt a variety of animals when the chance arises.

“P-22 is still successfully hunting typical prey animals (deer, coyotes, etc.) and continues to use his entire home range in Griffith Park. We know that he killed a large buck in the park just a couple of weeks before this incident,” the NPS said.

The agency noted that mountain lions largely avoid urban areas and are fearful of humans, but they sometimes travel through residential areas near their preferred habitat.

“P-22 did not attack the dog walker or show any aggressive behaviors toward him,” the NPS said.

The NPS provided some safety tips on walking pets in nature.

“When outdoors, be alert and aware of your surroundings at all times. Walk pets on standard-length leashes, especially between dusk and dawn when predators are most active. If you do encounter a mountain lion while walking with a pet, keep pets close, make yourself as large as possible, make noise, and do not run,” the NPS said.

In the wake of the incident, a virtual event was held to learn about safely coexisting with mountain lions and other wildlife. The webinar can be watched by visiting https://www.youtube.com/watch?v=0gBj3tLTixE