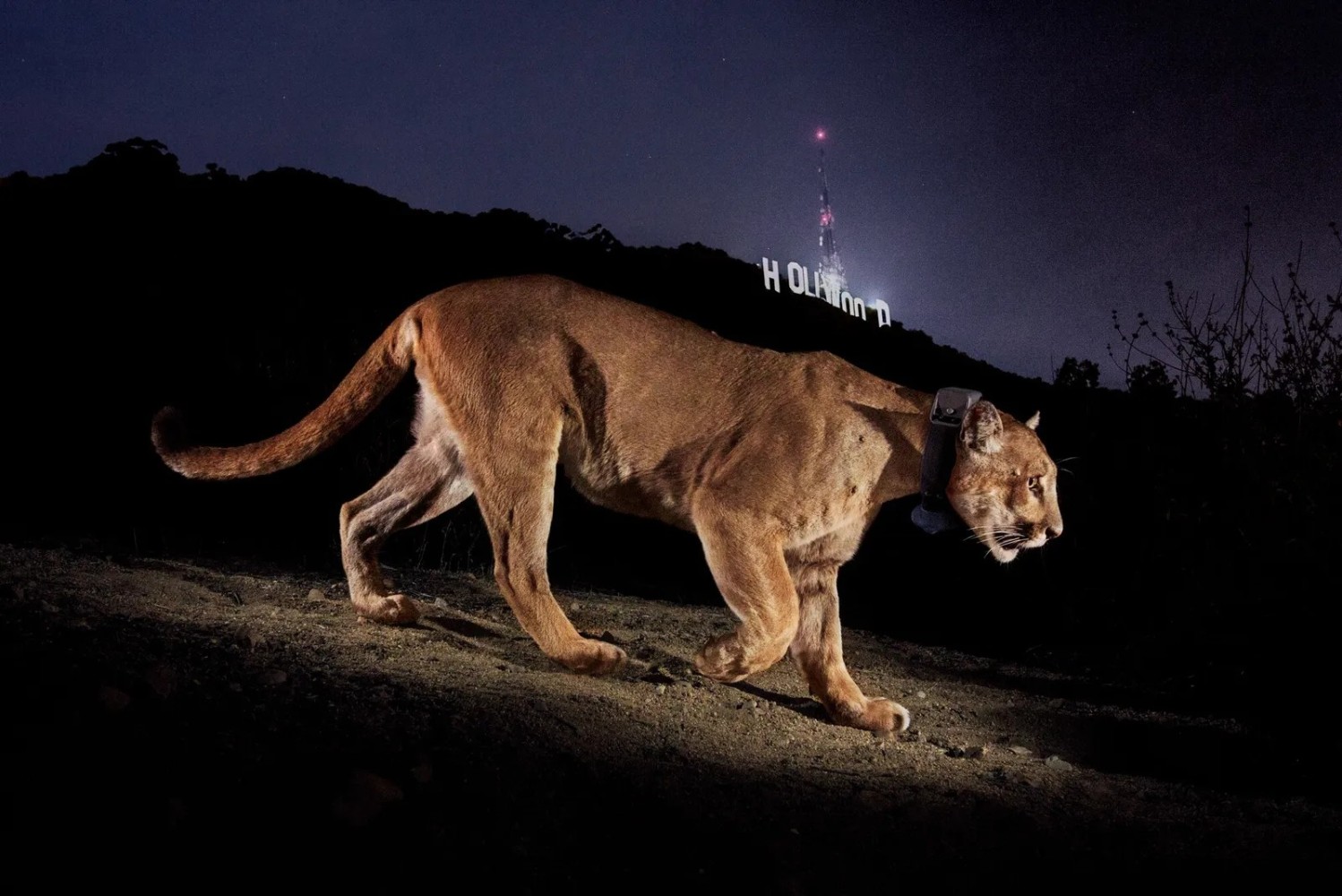 Beloved mountain lion P-22 was euthanized over the weekend due to “several severe injuries and chronic health problems.”

On December 8, CDFW announced their intent to capture the world-famous mountain lion and bring him in for a health evaluation. CDFW and NPS found P-22 the morning of December 12 south of his long-time home range in Griffith Park, in the Los Feliz area. An anonymous report Sunday night indicated that he may have been struck by a vehicle.

According to Ed Pert of the CDFW, P-22’s behavior had changed recently, having taken to chasing and attacking dogs on leash. Last month, the NPS confirmed that P-22 killed a chihuahua on a leash in the Hollywood Hills.

“That is something that has never been seen in the years he has been tracked by the NPS,” Pert said during a press briefing last week.

After receiving a comprehensive medical evaluation, CDFW has received a clear picture of the P-22’s condition indicating the mountain lion was in poor health.

“He had several severe injuries and chronic health problems,” the CDFW said in a press release.

Based on these factors, compassionate euthanasia under general anesthesia was unanimously recommended by a medical team at San Diego Zoo Safari Park. CDFW officials made the decision to do so on Saturday, December 17.

“P-22 has had an extraordinary life and captured the hearts of the people of Los Angeles and beyond. The most difficult, but compassionate choice was to respectfully minimize his suffering and stress by humanely ending his journey,” the CDFW said.

“P-22’s advanced age, combined with chronic, debilitating, life-shortening conditions and the clear need for extensive long-term veterinary intervention left P-22 with no hope for a positive outcome. His poor condition indicated that he may also have had additional underlying conditions not yet fully characterized by diagnostics,” the CDFW said.

The CDFW has announced it is not seeking information on a vehicle collision, saying a potential driver would not be at fault.

“This situation is not the fault of P-22, nor of a driver who may have hit him. Rather, it is an eventuality that arises from habitat loss and fragmentation, and it underscores the need for thoughtful construction of wildlife crossings and well-planned spaces that provide wild animals room to roam,” the agency said.

Following the euthanization, the Santa Monica Mountains National Recreation Area issued a statement paying tribute to P-22 which can be read below:

Mountain lion P-22 was more than just a celebrity cat. He was also a critical part of a long-term research study and a valuable ambassador for the cause of connectivity and for wildlife in the Santa Monica Mountains and beyond.

Likely born in the Santa Monica Mountains as the son of adult male P-1, he somehow found his way to his tiny, nine-square-mile home in Griffith Park, separated from the Santa Monicas by the 101 and 405, two of the busiest freeways in the world. Defying expectations, he persisted for more than 10 years in the smallest home range that has ever been recorded for an adult male mountain lion.

Although he made frequent appearances on the streets of the Hollywood Hills and even, more recently, of the Silver Lake neighborhood, he was also clearly a wild cat, doing so mostly late at night, and subsisting largely on natural prey such as deer and coyotes.

In the end, he found his way into many Angelenos’ hearts and home surveillance camera footage.

Park biologists aim to understand and conserve the species that live in and around the park for generations to come. Although P-22 is now physically gone, scientists will be analyzing his data for years to come.

This animal’s life and safe passage to Griffith Park are a testament to both the challenges and the possibilities for wildlife in Los Angeles. He showed us what mountain lions must do to survive in our urban landscape, as he dispersed through it to find a remaining island of habitat.

He also showed us what they are capable of: surviving and co-existing with millions of people in a city as dense and sprawling as Los Angeles.

Goodbye, P-22. Your scientific legacy will live on.