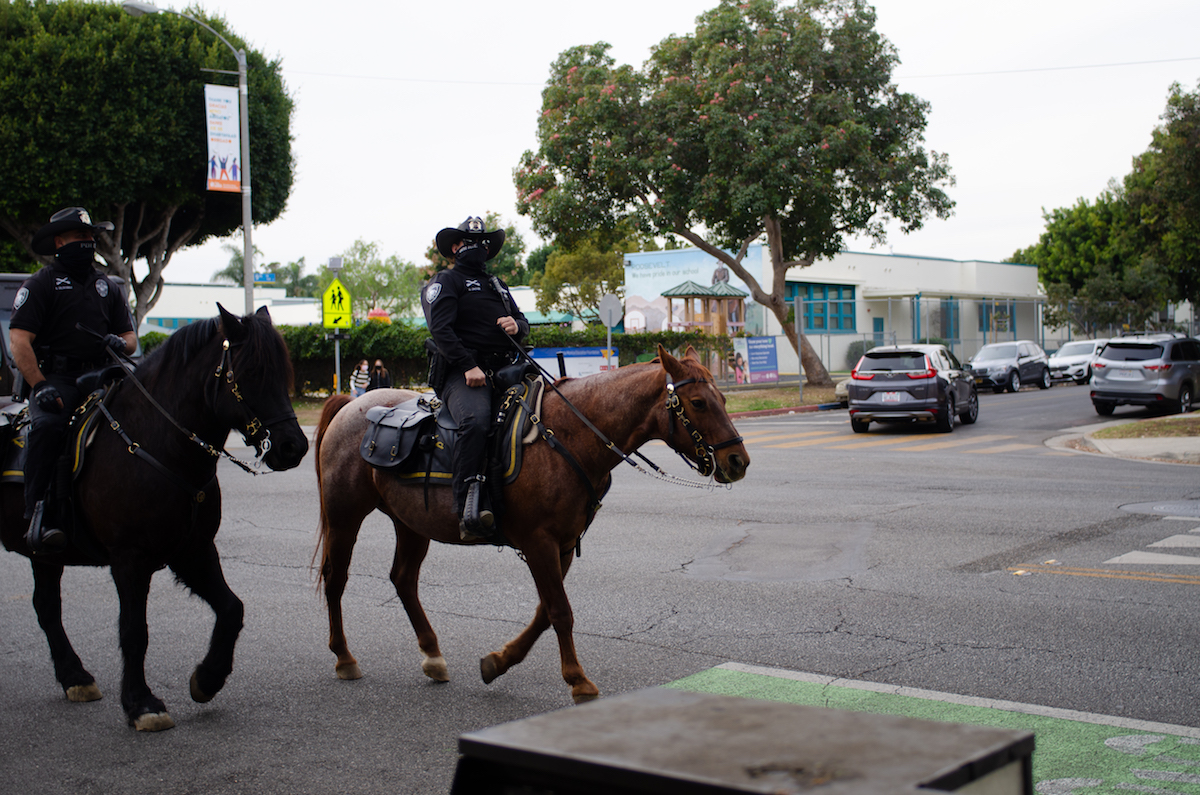 Santa Monica police say that increased holiday patrols have resulted in a slight decrease in crime.

The Santa Monica Police Department (SMPD) began its holiday patrol on November 25. It will run through January 1.

“During the deployment period you will see more officers in our shopping districts including Main Street, Downtown, Montana Avenue and surrounding residential areas. The plan includes additional personnel 7 days a week allowing our staff to remain highly visible, with our officers on foot, bicycle and horseback,” said SMPD Captain Candice Cobarrubias.

According to the SMPD, since the start of the deployment, it has seen a slight decrease in Part I crime in the Downtown area by about 6 incidents compared to the 10 days prior. In terms of arrests, there has been a “notable increase” police say with 17 arrests (eight felonies and eight misdemeanors) compared to eight arrests in the previous 10 days.

Additionally, there has been an increase in the number of calls for service by 21 calls during this period.

“Notably, Police-Initiated calls increased, while Citizen-initiated calls decreased,” Cobarrubias said. “We need our community to help with this important goal, so please remember… If you see or hear something, say something by calling 9-1-1 during an emergency or 310-458-8491 for non-emergency issues.”