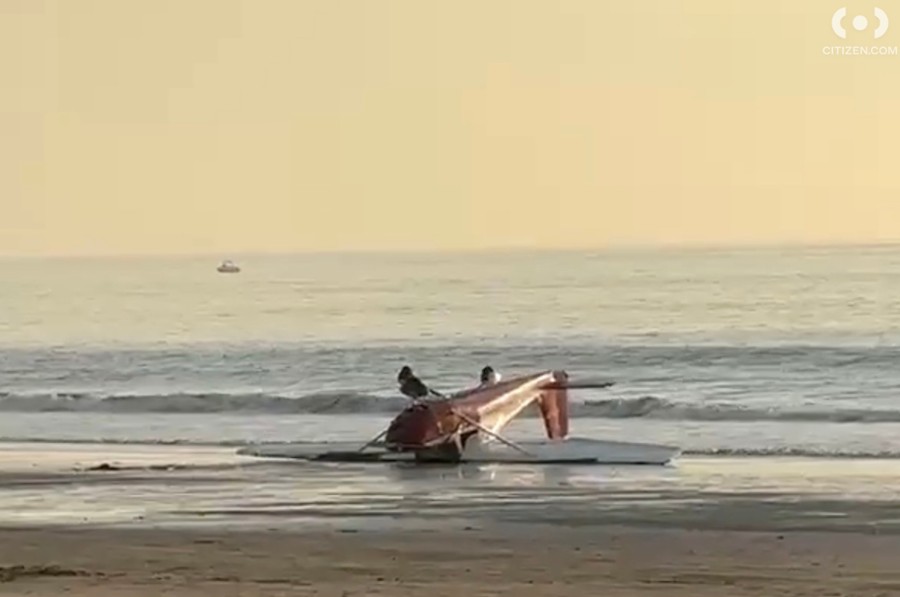 The plane involved – what appears to be a Cessna – conducted an emergency landing on the beach and flipped upside down.

Firefighters arrived on the scene and extracted two people from the plane.

“Upon arrival, Lifeguards, Harbor Guards, and Firefighters encountered a single engine aircraft that was upside down in the surf line. Two occupants were extricated and transported by Paramedics to a local hospital”, the SMFD said in a press release.

As of Thursday evening, one patient is listed in critical condition and the other in stable condition.

According to the SMFD, the aircraft departed Santa Monica Airport shortly before the accident when it reportedly attempted a landing on the hardpack sand.

The incident remains under investigation by the National Transportation Safety Board (NTSB).

This story is developing and will be updated as more information becomes available.