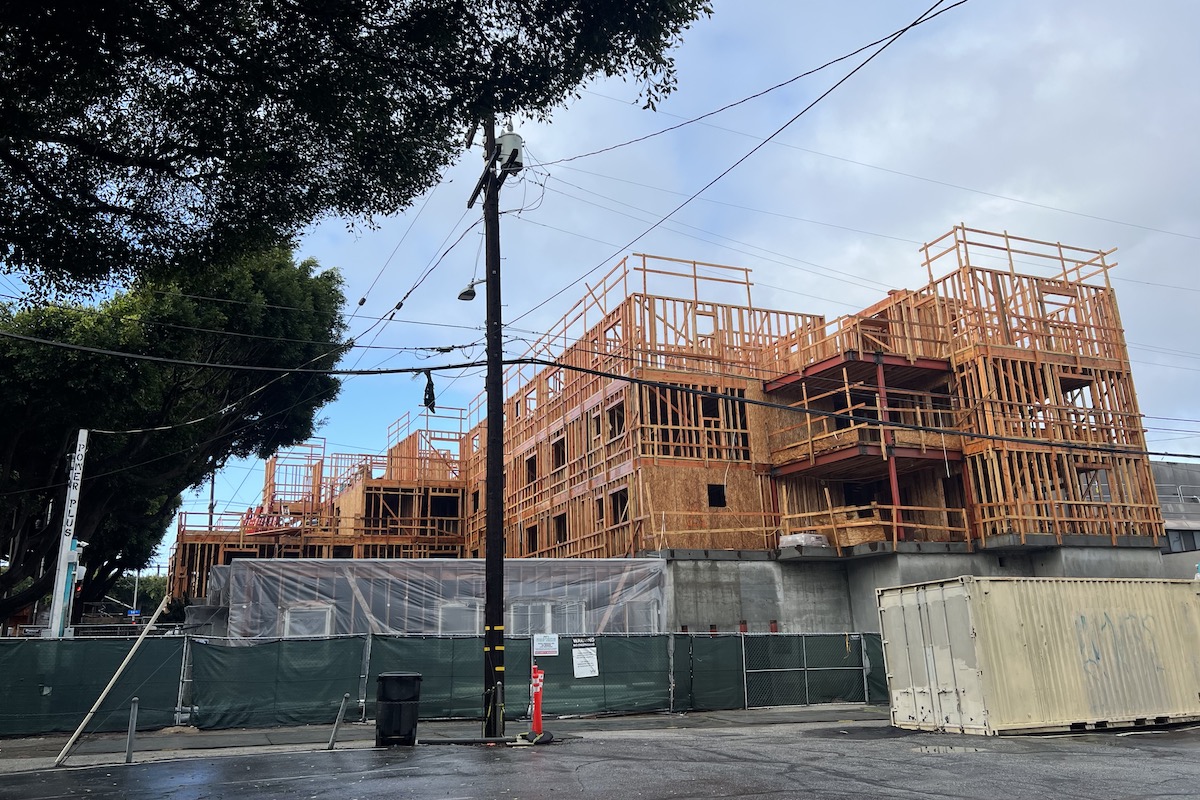 A $37.3-million development named The Laurel is being constructed on the corner of Michigan Street and 14th Street at the former Nikkei Hall site.

The Nikkei Hall’s community center building will be preserved, while the remaining area will house a structure with 57 apartments, intended for low-income residents and people who have been homeless, along with one manager’s unit.

Approved by city officials in 2020, the apartments at The Laurel are designed for those earning a maximum of 30 percent to 50 percent of the Santa Monica area median income level. All apartments – apart from the two-bedroom manager’s unit – will be studios.

KFA Architecture is designing The Laurel with a C-shaped layout surrounding a courtyard and four stories high. Additionally, there will be an elevated patio on the second floor, a community deck on the third floor, and 12 parking spaces on the street level.

The new construction will be blended into Nikkei Hall’s social hall and residence building, which will retain its original windows, entry porch, and woodwork. Additionally, the property’s Japanese garden is being restored as part of the project.

The project is expected to be completed by the end of the year.

Nikkei Hall, located at 1413 Michigan Avenue, was built in 1957 following the return of Japanese Americans to Southern California after World War II. The name comes from the term ‘Nikkei’, which means people of Japanese ancestry.

“During the resettlement period following the conclusion of World War II, people of Japanese ancestry (Nikkei) worked to meet their basic needs for housing, employment, and more generally, to rebuild their lives and reestablish their place in society. They had previously lost everything due to the forcible removal from their homes and incarceration into internment camps,” reads a report from the Santa Monica Landmark’s Commission.

“There were no other such buildings in Santa Monica at the time of its purchase which also preceded the widespread creation of a network of Japanese American Community Centers around Los Angeles in the 1960s,” the Landmarks Commission wrote in their 2018 designation of the property as a Landmark. “Santa Monica Nikkei Hall is significant for its association with the City’s Japanese American community for approximately 60 years.”

The center closed in the early 2000s.