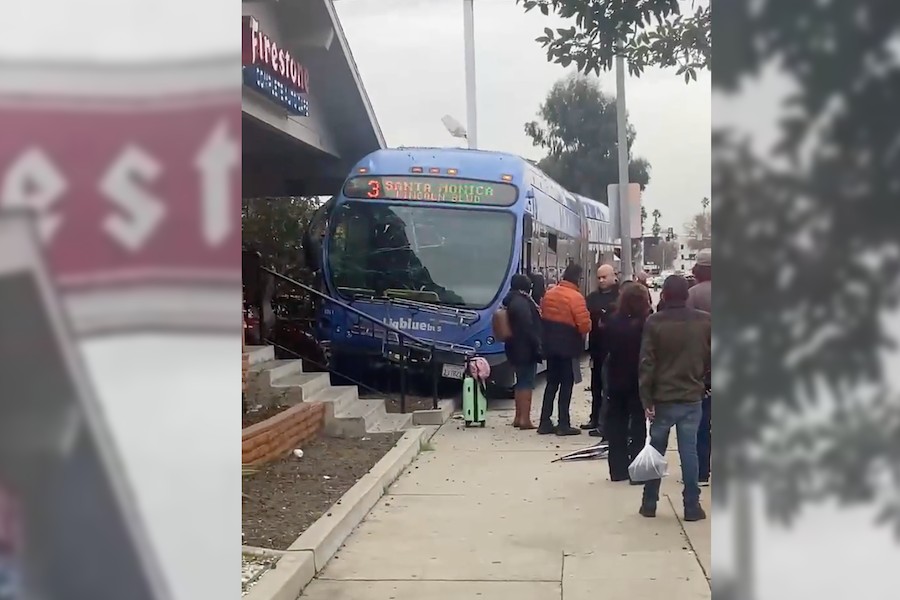 A Big Blue Bus crashed into the side of a Santa Monica business Monday.

According to the Santa Monica Fire Department (SMFD), the crash was reported on Monday around 3 p.m. at the Firestone tire store at 1803 Lincoln Boulevard. As reported by CBS, a witness, Jesus Hernandez said the bus was attempting to avoid a crash and ended up swerving into the Firestone store.

“I looked out the window and it was almost like a movie. I just see a big blue bus coming along and I’m wondering where it was going to stop. Then I notice that it stopped right by our front door,” Firestone store manager Alex Virula told CBS.

According to a spokesperson for Big Blue Bus, the bus driver was transported to a local hospital for further medical care and has since been released. No passengers required hospitalization.