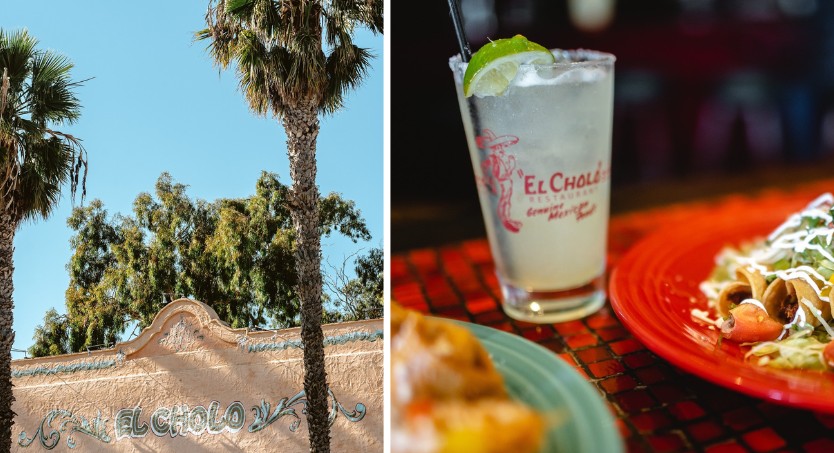 El Cholo Restaurant is celebrating its 100th anniversary in 2023 and is the restaurant will not only expand but wants to share the celebration of this momentous achievement with everyone. The restaurant –with a popular location on Wilshire and 11th in Santa Monica – has a new slogan and logo, “Creating Memories for 100 Years!” and is actively planning a series of special events and promotions during 2023 for its longtime customers and Southern California guests.

Owner Ron Salisbury will also be celebrating his 90th birthday in 2023 and has worked for the restaurant for 68 years. Salisbury said, via a press release, “Many other restaurants, when they approach 100, start slowing down or taking their eye off the ball. But we still stand firmly at the top of our game. We continue to be aggressive in providing the best Mexican restaurant experience possible – one that only El Cholo can offer. Myself, my kids, my grandkids and even my great-grandkids are proudly committed to continuing the El Cholo tradition – one that my grandparents began way back in 1923 – well into the future!”

Here’s what’s coming for El Cholo in 2023: the company will open a brand new El Cholo location in Salt Lake City, Utah and El Cholo on Western Avenue will enjoy a significant expansion, which will include the construction of a beautiful new patio.

Additionally, starting on Jan. 1, 2023, customers who are 100 years old or older will be able to eat for free, throughout the 2023 calendar year and El Cholo will be serving a special, $100 Margarita, served in a beautiful, hand-blown, collectible glass.

The restaurant will add the dish “A Taste of History”, served on a commemorative plate. The plate will be sold as a separate item for collectors. El Cholo will bring back such classic dishes as the Spanish omelet; enchiladas with fried egg; tostada Compuesta; Sopa de Fideo, among many other favorites.

One of these classics, Chicken Mole Enchiladas, will retain a permanent space on the main menu. The dish will be accompanied by the year “2023” imprinted next to its name on the El Cholo menu – in keeping with the tradition that many of the classic food items served by the restaurant have long included their years of origin next to their listings on the menu.

El Cholo was founded by Ron Salisbury’s grandfather, Alejandro Borquez, who had recently moved to the sleepy town of Los Angeles with his young bride, Rosa, a culinarily-gifted young woman. After a particularly tasty dinner, Borquez pushed back from the dinner table and complimented Rosa: “You are such a good cook, Rosa, we should open a restaurant.” Rosa, who put care and attention into her love of cooking for everyone, learned these special recipes during her childhood days living in the Arizona territory.

In 1923, the Borquez Family opened Sonora Café, named after their home state, Sonora, Mexico. The site of the restaurant was in Downtown LA, on Broadway and Santa Barbara Avenue, near the LA Coliseum which also opened in 1923. The original menu includes very early California plates, including now legendary sweet green corn tamales. El Cholo is not only one of the oldest restaurants in Los Angeles but one of its first Mexican restaurants. El Cholo has six restaurants as part of the historic business and is still owned by the Borquez family through their Restaurant Business corporation.

El Cholo also has a history with Hollywood as a favored restaurant with members of the entertainment industry. Actress and singer Michelle Phillips of The Mamas and The Papas said, “I was first introduced to El Cholo by Jack Nicholson in 1969. He told me stories about how struggling actors would come to El Cholo and buy a bowl of Frijoles a la Hoja (beans in a pot) for 35 cents, and how the waitresses would bring a side of warm tortillas and salsa at no extra charge. This was how Jack survived for many years. As for me, well I’ve never left the place! We have celebrated every birthday of mine, as well as the birthdays of my various boyfriends and all of my children at El Cholo for half a century, including my famous 40th birthday party. Ron and I have been friends for an eternity, and I have also been close to many members of the staff. I will never find a more fun and delicious hangout, ever!”