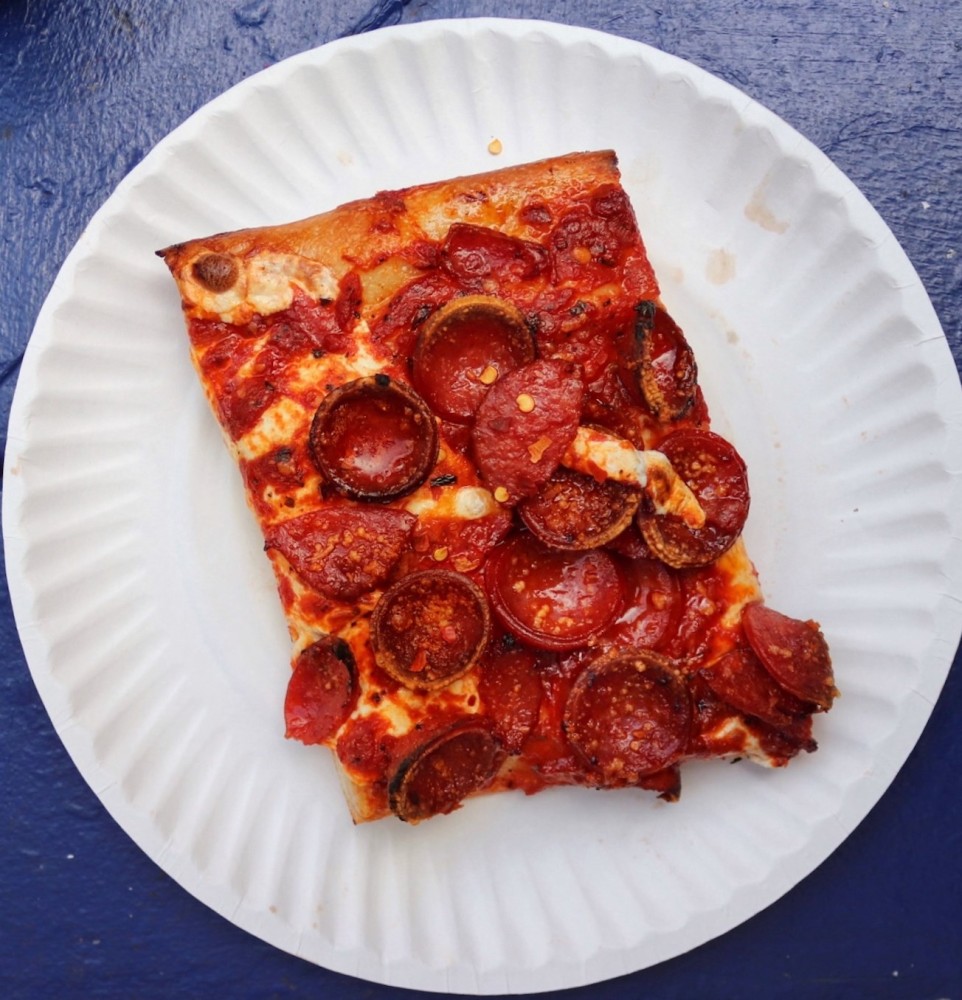 Venice is getting a new New York pizzeria soon as reported by What Now Los Angeles. Vegan restaurant Honeybee Burger is no more at 326 Lincoln Boulevard, having recently closed up shop, and the good news is that Prince Street Pizza will be moving in.

The very popular pizza spot has locations in West Hollywood at 9161 Sunset Boulevard and West Los Angeles at 11419 Santa Monica Boulevard. The restaurant was founded by Frank and Dominic Morano. Lawrence Longo is a partner in the restaurants opened in Los Angeles and is the CEO and founder of the Off The Menu app. They have collaborated with in opening all but one of the restaurants, six of them total when the Venice location opens.

Prince Street Pizza specializes in Sicilian-style square pizza pies and also serves Neopolitan-style round pizzas and slices. The menu varies from location to location but they are known for their Original Spicy Pepperoni square. The restaurant ships nationwide via Goldbelly.