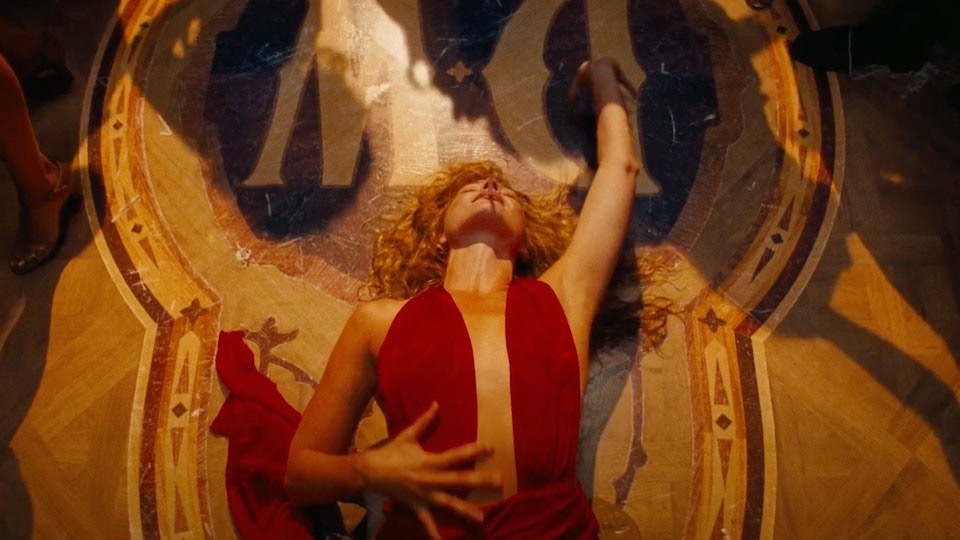 Babylon is director Damien Chazelle’s panoramic vision of a tumultuous time in movie history – the transition from the nascent art of “Moving Pictures” into “Talkies” as the technology of sound recording came about in 1927. This was a jolting, uncomfortable change for those involved rather than a “Eureka” moment. The film is high energy from beginning to end. From the start you are drawn into a raucous, hedonistic party, and the agitated frantic energy of this party is an undercurrent through the entire film.

In Chazelle’s last movie, LaLa Land, I was disappointed that the exhilarating momentum established in the opening freeway crowd dance scene was lost in the rest of the film. In Babylon though, the frenetic drive continues to the end. I didn’t even notice how long the film was. The many interweaving stories flow smoothly, and each character is unique and interesting. Diego Calva is especially engaging as young intern “Manny Torres” who is willing to do any job to work on a film set. Jovan Adepo plays a hugely talented musician, whose fight for the attention he deserves goes unanswered because he is black. Brad Pitt’s “Jack Conrad” is a synthesis of many of the stars of the time whose popularity reached stratospheric heights before coming to the edge of the proverbial cliff at the top as they aged out. Margot Robbie as always pours her whole being into her role of “Nellie LaRoy,” the tragic ingenue drawn into a hedonistic lifestyle that engulfs her personal life. Robbie is the impetus of the flow that carries the whole story.

And Damien Chazelle truly wants to tell us a story. He attended our opening weekend screening by surprise, at a regular AMC showing. He and Diego Calva spoke in front of the audience before the start of the film to invite us to enjoy the experience. He really does see his audience as part of the film, which every director should do. He also realizes the importance of the soundtrack. Composer Justin Hurwitz has worked with Chazelle since his first major feature, Whiplash. In Babylon, Hurwitz’s music flows with the narrative to add color and rhythms to the concept of the “birthing pains” of the movie industry with raucous abandonment, feverish new concepts and ideas fueling a climax of the combined elation of everyone involved in the making of each movie.

My own perception of Babylon is probably different from most. The narrative and characters in the film are fusions created from multiple real players and histories of the industry at the time. I was immersed in film history at UCLA, watched countless films from that time period, and studied the real people who populated the industry during this fascinating period. I also worked for a few months in the early 1970’s as a personal assistant for two beautiful, elderly and eccentric ladies who had been actresses in silent films, and they regaled me with their stories. One of them was named Edna LeRoy. You can look her up – she was once married to famed director Mervyn LeRoy. I had already formed my own vivid concept of the world of moviemaking of that time. The world presented in Babylon is a wonderful creation but can’t represent the reality for me.

In Babylon Chazelle sees the tragedy lurking behind an art that exists to plant dreams in our minds. These dreams are meant to be tales. But the realistic nature of the medium of cinema can easily create a transference to the watcher, who may be pulled inescapably into the image on the screen. And the image in turn transfers to real life. From the beginning, people have been drawn to make a pilgrimage to “Hollywood” from all corners of the earth, imagining themselves playing the roles they love, and this magnetic lure has never died.