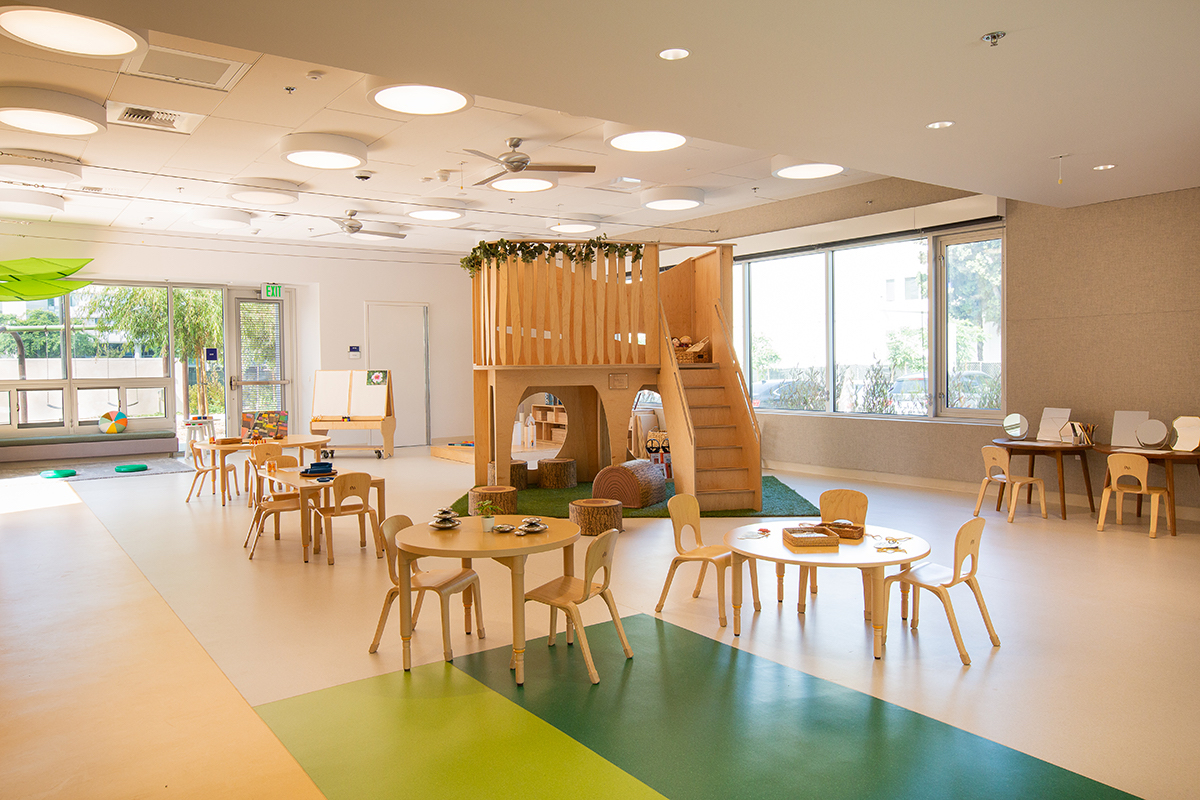 “Congratulations to Brian Ten and Carde Ten Architects for guiding the Early Childhood Lab School to this triumphant achievement!” said SMC Board Chair Barry Snell. “We are proud to have yet another facility associated with Santa Monica College recognized for being a terrific example of green building done right, and well!”

SMC Superintendent/President Dr. Kathryn E. Jeffery called the LEED Platinum certification “a win for all of community partners who collaborated on the development the Santa Monica Early Childhood Lab School, who stand united in a commitment to sustainability and building an educational foundation that embraces and supports the diversity of the families the school serves.”

“The LEED Platinum designation is another part of how the Early Childhood Lab School is a Santa Monica success story.  We are educating our youngest learners and training future teachers in a space that reflects our value of environmental stewardship. Congratulations to everyone involved,” said Santa Monica Mayor Gleam Davis.

SMC’s Education and Early Childhood Department has launched classes, observation sessions, and community resources at the Early Childhood Lab School. In Spring 2023, nine classes will be held in SMC classrooms on the second floor. Students observe Growing Place’s teaching via a high-tech computer lab connected to specialized cameras in infant, toddler, and preschool rooms as well as an observation deck and directly in children’s classrooms.

The Lab School’s concept originated in 1989 and gained momentum after 2001 when the Civic Center Working Group identified a need for child development facilities. In 2004, SMC’s proposed lab school was approved for the civic center project. In 2012, the SMC Board of Trustees and City Council approved the agreement allowing for construction in the Civic Auditorium campus. The RAND Corporation aided with program startup and tuition subsidies through a one-time development agreement with Santa Monica.