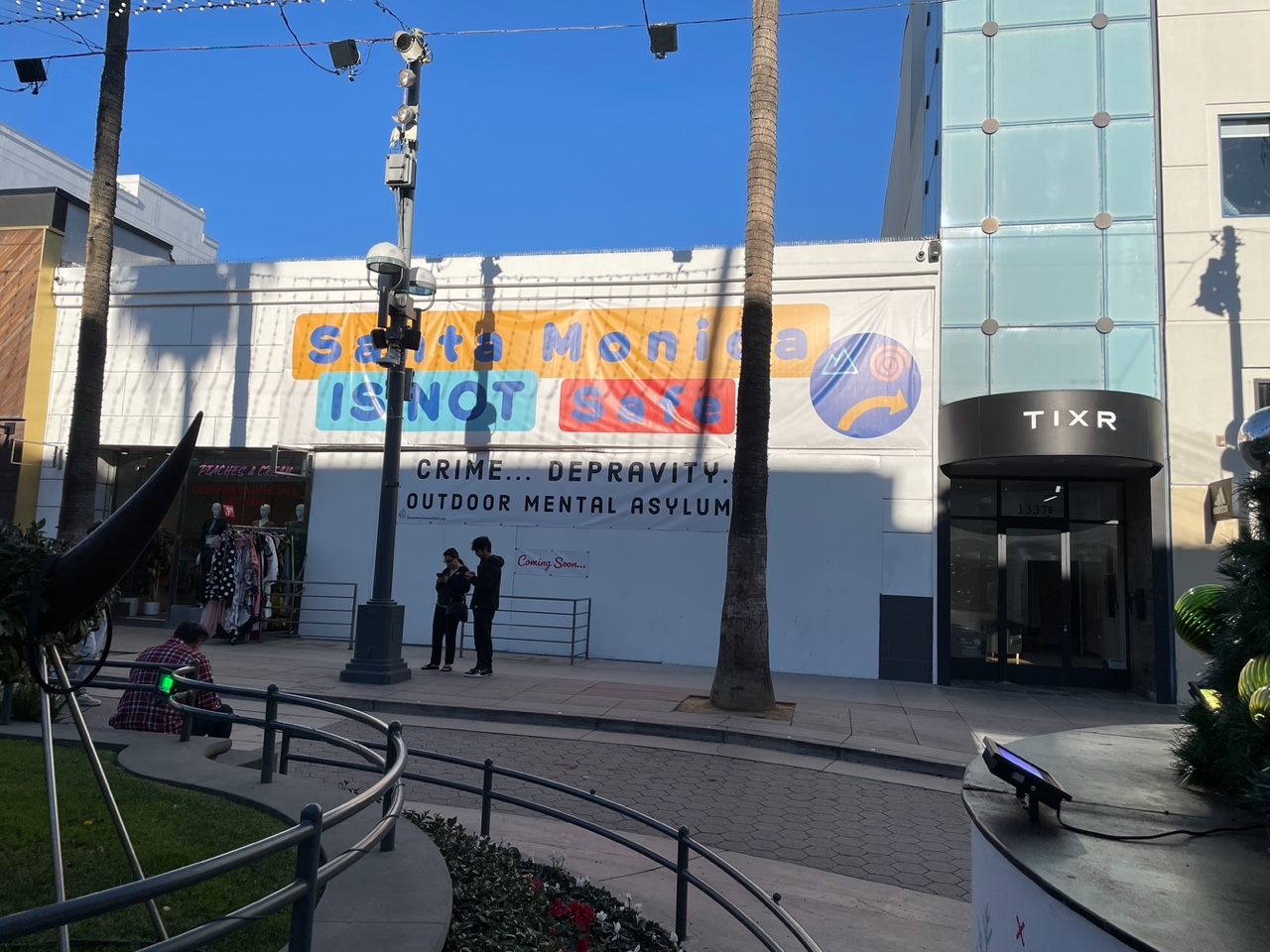 This week’s column is a letter to the City Council, written by Arthur Jeon and sent in this past week.

Happy New Year and a hearty welcome to the new council members. After the acrimonious election I hope we can all come together and address the challenges our city faces by taking a cold, hard look at what is working and what isn’t. It is time for new ideas and a fresh approach, which will take putting aside ideologies that prevent us from seeing reality.

In December, a controversial sign was put up on the promenade and, when I saw it, my initial response was negative. How does this help the city recover from the disaster of Covid and the 5/31 looting? How will this stop the continued slow-motion destruction of our brand by a daily injection of transient addicts from other parts of the country? What could it be referring to on that sunny day with a few Christmas shoppers beginning to come back? To me, it was the opposite of helpful—with it’s one-sided view, it was harmful to what we are all trying to accomplish.

Then, two days later, our electric bikes and numerous other articles were stolen out of our locked garage for a $7,000 loss. They were our main form of transportation. Later that same night, we had to call 911 because our neighbor was being harassed by a drunk transient in her garage. A few days after that, a man on the promenade was rushing up to women holding what appeared to be an arrow and threatening them. I called 911, and chased the man 6 blocks, while on dispatch directing the officers to where the man was heading. He ended up in Reed Park, where he was arrested. I identified him, and am willing to take the time to show up in court.

A few days after that incident, I was having lunch with a uniformed SMPD officer and a man rolled into the Osteria at 4th and Wilshire and, after hassling a table full of diners, swiped a piece of pizza off a plate, stumbled outside, and proceeded to eat it right in front us. The officer, responding to the distraught owner, called it in and more officers came. They ran warrants and the man had 3 felony warrants, one from out of state. I’m hoping he will be extradited. This all happened within 4 weeks in December.

All this put the sign on the promenade in a different light, so I started to look back on my year as a resident living at 9th and Wilshire, a block from downtown, Reed Park, and the notorious 7-11. All the madness, crime, addiction is playing out in my front yard, so to speak. The holiday cleanup of downtown has pushed the transients right into our neighborhood. Walk from the promenade East on Wilshire at dusk and you will indeed see an outdoor mental asylum, with garbage and vomit all the way to the border. Just a few of the endless lowlights from 2022:

THIS IS WHAT IT MEANS TO LIVE IN MY NEIGHBORHOOD. There is a hardcore group of transient addicts (and the dealers who predate on them) who don’t want help, run wild on our streets, steal anything not nailed down, game our generosity, and think we are suckers for enabling their antisocial behavior (needles in the park, anyone?). And we are. They mercilessly prey on the mentally ill, who don’t know where they are.

Which brings me to my second picture. When I went to Reed Park to look for my bike amongst the criminals and addicts, I didn’t find it. What I did find was Reed Park in its usual state of disorder (December 5, 2022), with people openly smoking meth and fentanyl in three different parts of the park. The man in the white cap straddling somebody else’s stolen electric bike, seeing me take this picture, told me to “get out of his park before he beat my ass.” I thought, grimly, you’re not wrong. It is his park, because what family wants to take their children to a park with this scene going on?

If you are living near downtown, this is what you face every day. You are hassled, threatened, and victimized by a parade of high, mentally incapacitated, and often dangerous transients. It’s easy to ignore if you’re not living downtown, if you live NOMO, if it’s not your daily gruel to be accosted by somebody experiencing drug psychosis every other day. But it impacts our economy, tourism, the promenade, and our quality of life. My quality of life.

The Democratic Club of Santa Monica’s response to the sign on the promenade was outrage, saying that it demonizes “those who suffer from homelessness, addiction, or mental illness does nothing to get help and only stigmatizes and further dehumanizes them. Furthermore, representing Santa Monica as lawless and disrespectful does not help our small businesses—it hurts them by telling shoppers to stay away.”

I’m sympathetic to the point of view, especially finding the balance of promoting our businesses and recovery. But it’s out of touch with the reality on the streets—actually, on my street—and obviously written by somebody who has no understanding of our reality. We aren’t demonizing these transients—they bring their own demons. We don’t dehumanize them, their madness and addictions have dehumanized them. They deserve our empathy, but they do not deserve our callous enabling, which is actually killing them. They deserve compassion in the form of tough love, before they overdose and die on our streets—but they don’t deserve to be handed our commons so they can destroy them in their madness.

I would encourage our council and staff to start being clear-eyed and empathetic to what residents, who work, pay taxes, and contribute to the community, are experiencing. Think about us first. Don’t we deserve the luxury of not being on high alert every time we walk out the door? Or the ability to send our wives and children out to walk the dogs without fear? Maybe you have that freedom, but we don’t, because there are legit scary people walking around our neighborhood that even I cross the street to avoid.

So, that sign on the promenade does accurately describe the reality of crime and disorder we live with every day. Of course, it’s not the only thing happening in Santa Monica. There are plenty of fantastic things about living in this city, my home of 30 years. But that promenade sign is a signal of the frustration businesses and residents have with the normalization of the abnormal, and with the abdication of our parks, library, and alleyways. If you don’t believe me, meet me at my condo and I will show you people dealing and using drugs within 10 minutes of walking out the front door. I will show you the suffering madness.

What to do? First, we must be honest about the situation. Karen Bass declared a state of emergency on her first day in office. She understands this is a crisis for everybody, not just those suffering on the streets. She has already cleared a 100 person encampment (deep in former Mike Bonin territory) in Venice because she knows that is real compassion in action. Here are a few ideas for us:

There’s more, but I’ll spare you. Bottom line is let’s get real and apply practical common sense. Let’s pull up the welcome mat to this influx of criminals and addicts, and fully utilize the Care Court system. Only then will the realities represented by the two above pictures abate. I can’t take another year like 2022.