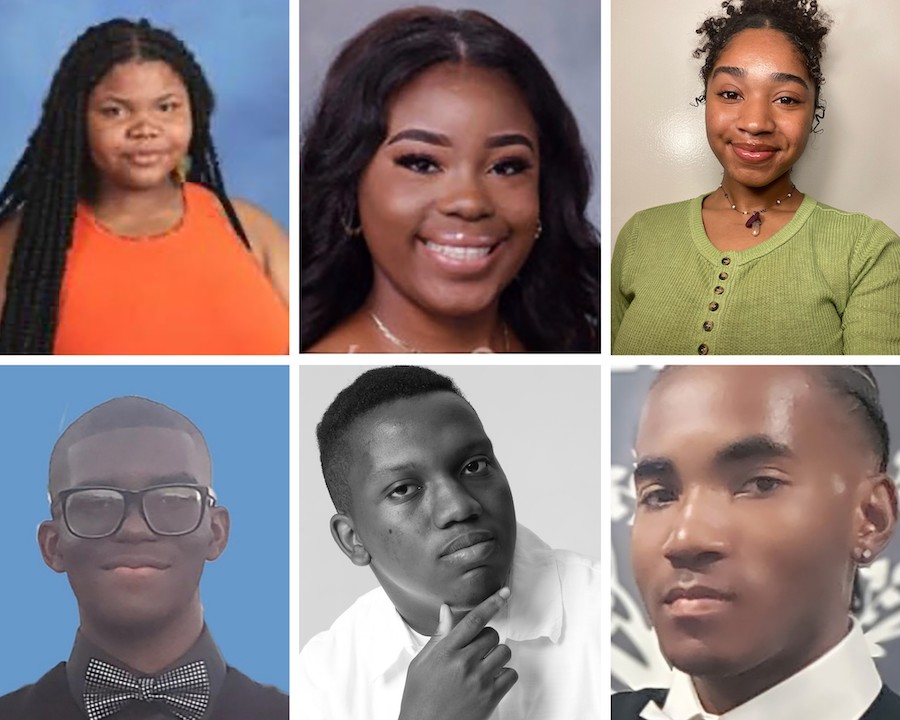 Each year, The Rev. Dr. Martin Luther King, Jr. Westside Coalition invites schools, churches, and youth groups to encourage their college freshmen and high school seniors to submit an essay, poem, or other creative work that exemplifies the “Six Principles of Nonviolence” in Dr. King’s Stride Toward Freedom. The awards are supported by endowments established in memory of local community activists and managed by the Santa Monica College Foundation.

Maya is in the Academy of Media and Performing Arts (AMPA) program, concentrating on dance. She plans to attend a California State University to major in Kinesiology or Nursing, to become a chiropractor or nurse.

“Maya comes from a loving family with different cultural backgrounds. She is proud of her mixed heritage, Mexican from her mother and African American from her father. Maya’s grandma on her mother’s side came to the United States from Mexico to give her family a better life so they would not suffer the way she did. The legacy of Maya’s family is an example of overcoming difficulties. Maya achieved goals she never imagined she would,” SMC said in a press release.

Among Maya’s achievements include becoming dance team captain and being crowned homecoming queen.

Shawn Johnson Jr., a senior at Alexander Hamilton High School, was presented with the Saul Morrison Award. The award honors social activist Saul Morrison’s memory and efforts to secure equal opportunities for all through an essay that demonstrates a passion for bridge-building, community and leadership.

Shawn will continue his education at Santa Monica City College, majoring in Business Administration and pursuing his Bachelor’s degree at a California State University. His hobbies include basketball, video games, going to the movies and amusement parks, and spending time with his family. Shawn is also a member of Holman United Methodist Church, where Reverend James Lawson served as pastor for 25 years. He is involved in Acolytes, Cherub Choir, Jr. Ushers and Youth Fellowship Group activities as well.

Apriltroy Coleman, a Los Angeles native and senior at Alexander Hamilton High School, received the Sue Schuerman and Sally Mendelsohn Award. The award was sponsored by the Santa Monica/Westside Legacy Fund for Women and Girls.

“Most of her high school years have been devoted to high academic achievement. Apriltroy has sat on the council of different clubs such as Dear Diary, a mental health awareness club she founded, and Empowerment for Hamilton, an activist club promoting transparency and fairness for minorities on high school campuses,” SMC said.

Apriltroy also volunteers at the Robertson Library Teen Council to raise awareness of the school-to-prison pipeline & create better paths for troubled students. After graduating, she will attend Brown University with plans to become a criminal defense attorney and give back to her community.

Miles’ hobbies include reading books, playing video games and spending time with family & friends. Miles is active in clubs such as AMC (Anime, Movies & Comics), BSU (Black Student Union) and Christian Club. He hopes to get into a coding program and ultimately become a successful video game designer by acquiring his Bachelor’s degree.

Maleeyah is also actively dismantling the school-to-prison pipeline by working with youth. She has maintained a 4.0 GPA (accumulating to 4.3) while holding multiple leadership titles such as First Vice President of UBSUC (United Black Student Unions of California), Co-captain of her Dance Team, Senior Class President, and first Black student to lead her performing arts academy leadership. After graduating, she plans to attend UCLA or Spelman College majoring in sociology or public affairs – supported by an award from the Santa Monica/Westside Legacy Fund for Women and Girls.

USC Hybrid High College Prep senior Xavier Devion Mauldin was presented with the Lillie Bell Blakley Award. Last year, he accepted the opportunity to become president of the Black Student Union (BSU), knowing he would be the keeper of a space for students of African descent to express themselves freely. Xavier has come to appreciate and enjoy teaching topics related to ethnic studies and history and plans on a career as a high school humanities teacher. He is pursuing a Liberal Studies degree and applied to several California State University campuses.

The award honors Lillie Bell Blakley, whose passion for “keep moving forward” is seen in her family’s multigenerational commitment to education and service, which includes her son and former Santa Monica Mayor Nathaniel Trives, as well as her granddaughter Dr. Toni Trives, former chair of SMC Modern Languages and Cultures Department.