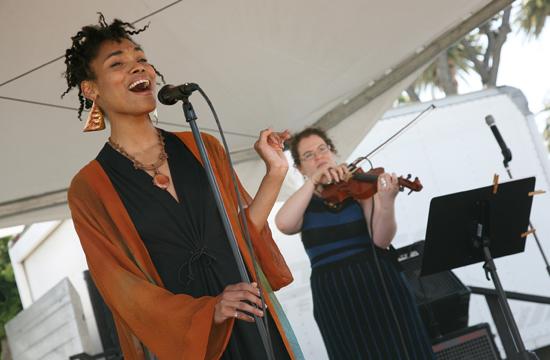 The 18th annual Juneteenth celebration in Santa Monica was a cultural event not to be missed over the weekend at Virginia Avenue Park on Pico Boulevard. With great food, great music, great culture, and great significance, attendees had all the aspects of a great celebration.

Juneteenth is celebrated nationally as well as internationally to commemorate the day of June 19, 1865, when the last African-American slaves in Texas learned of their freedom following the signing of the Emancipation Proclamation. Due to the resistance of slave owners and the continued oppression of the newly freed race, that day was 2 years after the proclamation was originally signed, but marks the freeing of the last slaves in the country.

“While we know it would be many years before African descendants in America achieved the full rights offered through Lincoln’s proclamation, that day in Texas, former slaves were offered the hope of embracing the American Dream as their own,” President Barack Obama said in a statement about the celebration. “This occasion … is a time not only to celebrate the rich heritage and many accomplishments of African Americans in our country, but also a time to reflect on the common values and ideals that we share as Americans.”

This year’s festivities celebrated “sustaining family, faith and community” with music, African-American cultural art, and deep-rooted history. The mistress of ceremonies An’Nisa Mansour, a storyteller and actress, led the audience through a variety of performances on multiple stages. A vintage car show featured Model-T and Model-A cars.

For a historical lesson, presentations in the “legacy museum” venue highlighted the contributions of African-Americans to the local community and nation as a whole. For those with more interest in modern fare, an entire marketplace had local wares and cultural arts and crafts on display.

By mirrormmg June 21, 2010
in Life and Arts
Related Posts