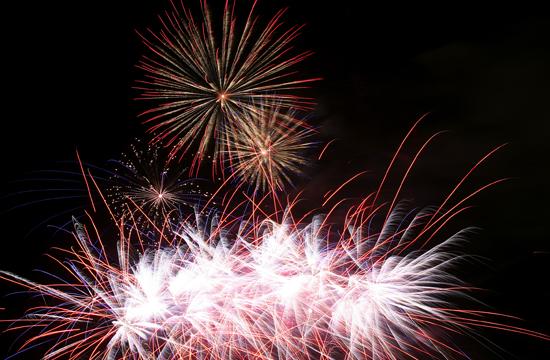 The annual 4th of July holiday celebrations are ready to ignite this weekend with a full list of events for Santa Monica residents who want to venture away from their homestead or just need a break from the neighborhood barbeque.

Despite the lack of fireworks in Santa Monica on Sunday, there are plenty of parades, festivals, and area merriment to satisfy anyone’s annual craving for patriotism. The city of Santa Monica has not held a July 4 fireworks display since 1991 due to rioting and disruption at the pier during past celebrations. A plethora of fireworks will be set-off in Marina del Rey and in Malibu that will be visible to anyone on the Santa Monica coastline.

The fourth annual Main Street Parade presented by the Ocean Park Association will run the entire stretch of Main Street on Sunday, July 4. The parade will run from 9:30 to 11:30 a.m. starting at Pico Boulevard and looping down Marine Street to Ocean Avenue. Light refreshments and a band will play at the Ocean View Park after the parade until noon.

Street closures will block drivers from Main Street from Colorado Avenue to Pico Boulevard starting at 6 a.m., from Pico to Marine at 9 a.m. and Neilson Way to Marine at 10 p.m. All closures will last until 12 p.m. with bus delays and detours expected. A free bike valet for the parade and farmer’s market will be held in lot 10 on Hill Street from 9 a.m. to 1 p.m.

For an entire list of street closures and parking availability visit opa-sm.org/parade.

Venice Beach will embrace the infamous body-building culture with a pageant on the beach on July 4. The Mr. and Mrs. Muscle Beach event will take place from 9 a.m. to 5 p.m. at the Venice Recreation Center at 1800 Ocean Front Walk, know to locals by the gym center on the boardwalk.

The event is free to watch and $80 to compete. Finals take place at 1 p.m. for viewers interested in the cream of the crop. More information is available at musclebeachvenice.com.

The annual fireworks show at the Hollywood Bowl located at 2301 North Highland Avenue will celebrate for three nights, July 2-4. The show starts at 7:30 each night, ending with a pyrotechnic display. For ticket information visit hollywoodbowl.com.

A street festival will be held on July 4 will feature bands, Polynesian fire dancers and Hawaiian street food from 12 to 10 p.m. The event takes place at 13534 Bali Way, right near the waterfront. Visitors can enjoy the festival for free and even participate in hot dog eating contests or beer pong tournaments.

A fireworks display will be executed over the Marina’s main channel with prime seating at Chase Park at 13650 Mindanao Way, Fisherman’s Village, or right on the beach. A patriotic music broadcast will be relayed over loud speakers in Chase Park thanks to FM radio station KXLU 88.9. The show starts at 9 p.m., but seating will go fast.

Bike travel is recommended due to street closures and limited parking, with more information at the website visitmarinadelrey.com/sg/july_4/.

The city is presenting a gathering at the Seaside Lagoon at 200 Portofino Way in Redondo Beach. The celebrating with music, coast guard demonstrations, and open swimming. In order to enter the lagoon area tickets are required for purchase and limited table seating is available to “claim” in advance to the varying levels of ticket holders.

For an informal setting, sand seating along the coastline will provide a full view of the fireworks display. Promptly at 9:30, the fourth annual fireworks show will be synchronized to patriotic music. For more information visit redondofireworks.com.

For inlanders, the City of Culver City and the Exchange Club of Culver City will host a fireworks show at the high school at 4401 Elenda Street. Gates open at 5 p.m. and visitors are encouraged to bring a picnic for the promised entertainment and raffle. Fireworks start at 9 p.m.

By mirrormmg July 3, 2010
in Life and Arts
Related Posts