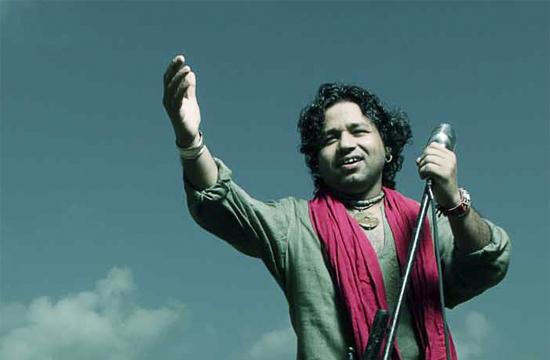 Until about 2:30am on Tuesday morning, however, the prospect of Kher playing the free show looked grim. Kher’s long-term visa had expired and it appeared that he would not be able to renew it in time for his flight to the United States.

Representatives from King and Co. had already started making plans for a replacement artist when the call finally came in that Kher would be allowed back into the country to play the gig.

“In other years there have been problems with artists not being allowed in but thankfully this story has a happy ending,” said Santa Monica Pier official Katharine King.

Kher was born into a small village near New Dehli, India and after a failed business endeavor, he moved to Mumbai in 2001, hoping to make it big in the city’s thriving “Bollywood” film industry. He landed his first job writing jingles for radio and television commercials and after a series of successful tunes, his voice gained him the attention of several Mumbai production houses.

Kher has now become one of the country’s most popular artists laying down the soundtrack for more than 60 films and serving as a judge on Indian Idol. King, who is one official who helps select the talent for the series, called Kher “India’s Simon Cowell.”

He is a classically trained musician, but the traditional folk songs sung by his father have also had a major impact on the artist. Backed by his band Kailasa, he combines traditional folk sounds with modern rock, electronic, and funk sensibilities.

Kher will be accompanied Thursday evening by a local talent known for his use of worldly sounds. Globe Sonic DJ Fabian Alsultany, a first generation American of Iraqi and Cuban decent, now lives in Santa Monica having recently moved from New York City.

Next week Rickie Lee Jones bucks the trend of international talent as she brings her acclaimed folk rock to the stage. Born in Chicago and self-described as a “lower-middle-class-hillbilly-hipster,” Jones has enjoyed success since her debut album dropped in 1979.

Her self-titled album received five Grammy nominations and she graced the cover of Rolling Stone just four months after the album’s release. She has since seen continued success in genres spanning from folk to jazz to pop.

By mirrormmg July 28, 2010
in Life and Arts
Related Posts