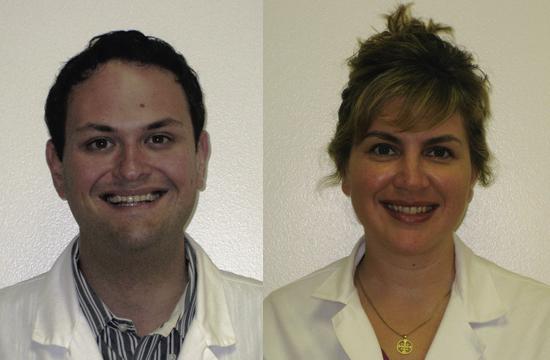 Although “the cough of 100 days” might sound more like a disease from a novel written centuries ago, it’s quickly regaining notoriety here in Los Angeles County today.

Pertussis, also known as “whooping cough,” is a vaccine-preventable illness still prevalent in many countries, with more than 48 million cases worldwide. For decades, thanks to an effective vaccine, the number of infections here in the United States was reduced to an average of only 150 cases per year. Unfortunately, as of June, Los Angeles County alone has seen 148 suspected and 70 confirmed cases, suggesting an epidemic and sparking renewed interest in a disease once almost eliminated in this country.

Pertussis, caused by the bacterium Bordatella pertussis, has an incubation period of about one week without symptoms. After that, people tend to develop the symptoms of any other cold: mild fever, runny nose and cough. That’s when the disease is spread by cough and becomes contagious. Unlike most upper-respiratory infections, however, pertussis does not simply disappear after a week of rest and mom’s chicken soup. It turns into a lingering cough, typically leading to frequent uncontrollable fits where breathing can be difficult. The gasping, high-pitched “whoop” sound as people desperately try to breathe after a coughing fit explains its name. These fits can be so severe that people may vomit, become dehydrated or even break ribs.

Young children and especially newborns are more severely affected by this illness. Children with pertussis in the first months of life often develop pneumonia, as well as apnea — episodes where they stop breathing altogether. They often need long hospital stays on ventilators to help them breathe. Infants are also the most vulnerable to pertussis-related deaths, with two already reported this year in Los Angeles County and five statewide.

Pertussis is notoriously hard to treat. Antibiotics such as azithromycin may lessen symptoms somewhat, but are only effective if given in the early stages when symptoms are mild and typically before patients would think to seek medical care. The more effective solution lies in vaccination. The Centers for Disease Control and Prevention currently recommend that all children be vaccinated with three primary doses of DTaP at ages two, four, and six months, followed by boosters at 15 months and four years of age. The vaccine has been around for decades and has a proven safety profile.

More recently, medical science has identified the reservoir of this disease to be located in adolescents and young adults whose childhood immunity has worn off. We are currently recommending all children and adults ages 11 to 64 receive a single booster dose of pertussis vaccine. Those in contact with small children too young to be vaccinated should be particularly vigilant about getting vaccinated. Pregnant women should receive the vaccine immediately after pregnancy, and expectant fathers before the birth of the child. Others can receive the combined tetanus and pertussis vaccine instead of their next tetanus booster. It is advisable to wait two to five years after a tetanus booster before receiving the pertussis vaccine to minimize pain at the injection site. However, people in close contact with young children should do so sooner.

If you have questions about pertussis, come into contact with someone who has the illness or want to get vaccinated, contact your primary-care doctor. By gaining an understanding of the disease and being proactive about vaccination, we can send this preventable illness back to the history books, where it belongs!

Drs. Eric Curcio and Kellie Kruger are dual trained in internal medicine and pediatrics and are co-directors of the new UCLA Santa Monica Internal Medicine and Pediatrics practice. For additional information, please call 310.315.8900.

By mirrormmg July 30, 2010
in Health, Life and Arts
Related Posts