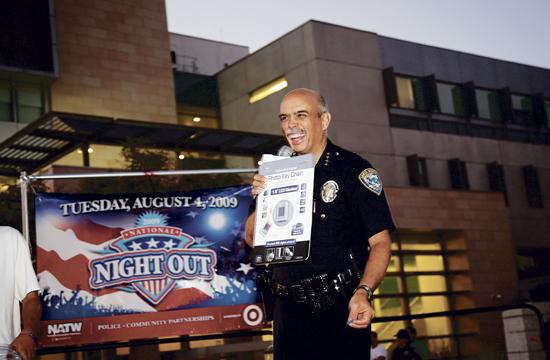 UPDATE: Due to an underground water line break under Olympic Drive, the National Night Out event on Tuesday, August 3, 2010, has been moved to the Civic Auditorium lot.

The Santa Monica Police Department may be strict when it comes to breaking the law, but they still like to have some fun while promoting safety.

The goal of the department is to “build upon the good relationships our police and community share, along with celebrating a partnership which makes the City of Santa Monica such a safe place to live, work, and visit,” according to SMPD’s Web site.

This year’s theme is bicycle theft prevention and bike safety. One million bikes are stolen every year, the SMPD’s Web site states.

The event, which has been well attended in the past, will feature displays by local bike retailers, live entertainment, free food, free bike safety inspections, a mini bike rodeo for kids, and a raffle.

By mirrormmg August 3, 2010
in Life and Arts
Related Posts