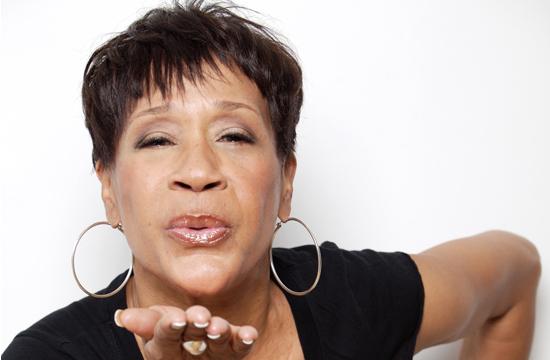 King & Co., the group that organizes the Twilight Dance Series, have replaced Taylor with soul singer Bettye LaVette who will perform during tonight’s free show at the Santa Monica Pier.

Taylor’s influence, however may still be still be seen at the pier in a more indirect form tonight. In May, LaVette released “Interpretations: The British Rock Songbook,” which features soulful covers of compositions by the Beatles, the Rolling Stones, Led Zeppelin and Pink Floyd.

A piece of Taylor’s music might slip into the mix during tonights performance, but LaVette can do just fine on her own. Her smooth gospel soul voice has been the driving force of an almost 50 year career as a musician.

She cut her first record at 16 which became a top ten R&B hit in 1962, and her quick rise to success landed her on a tour with rhythm and blues artists Ben E. King and Otis Redding.

Throughout the next two decades Lavette continued to churn out successful singles and critically acclaimed albums.

Since the turn of the century LaVette has released a series of cover albums including her most successful release to date, 2005’s “I’ve got My Own Hell to Raise.” On the album she covers songs by contemporary female artists like Fiona Apple and Sinéad O’Connor.

In 2007 she released “The Scene of the Crime” which features covers of county and rock songs from artists including Willie Nelson and Elton John.

The Tom Nolan band will open for LaVette tonight bringing a bit of their own soul, rhythm and blues to the stage. The local band harbors a world class rhythm section and lends much of their time to philanthropic pursuits with Habitat for Humanity and the Red Cross.

Next week will mark the fifth straight year that Beatlesfest will invade the pier paying tribute to the fab four and the British invasion for three straight days. Thursday will feature Beatles karaoke, movies and memorabilia while Friday and Saturday will feature live performances from 10am to 7pm. The set will also showcase a performance from Los Angeles based Led Zepagain.

Last week, bands Soulive and Breakestra took the Santa Monica Pier to funky town at the sixth concert in the Twilight Dance Series on Thursday.

Brothers Alan and Neal Evans along with guitarist Eric Krasno combine jazz and funk sounds with a bass, keyboard, and guitar. The trio rocked the stage with their catchy tunes until about 9:30 p.m.

By mirrormmg August 19, 2010
in Life and Arts
Related Posts