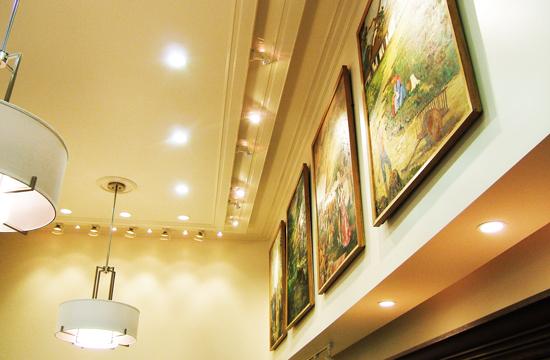 The Santa Monica History Museum opened its doors to the community on October 24 with a festive grand opening ceremony.

A large crowd applauded as the Santa Monica Mayor, Bobby Shriver, and museum officials participated in the ribbon cutting ceremony. The ceremony also included the presentation by the Mayor of a commendation from the City of Santa Monica to the Santa Monica History Museum Association and the museum’s founders Louise and Bob Gabriel “for their leadership in formulating the plans, getting it all done, and all the donors who helped finance it along with the city.”

A resolution was also presented from the State of California, by State Assembly member’s Julia Brownly’s field deputy, Cheri Orgel, and a certificate was presented by State Senator Fran Pavley’s District Director, Rebekah Rodriguez-Lynn. She stated that the “museum is really a love letter to the people of Santa Monica.”

The Mirror also spoke with a number of visitors about the significance of the museum. Council member Robert Holbrook who grew up in Santa Monica pointed out Santa Monica “has a rich history. Present and future generations can now enjoy it.” Another Council member who is also an historic preservationist, Pam O’Connor, stated that this is “the place to explore” the hidden gems and facts about Santa Monica. “The [museum’s] exhibits, Evening Outlook archive, and other resources connect to the library. It’s an excellent marriage.”

Caroline Edwards who is a retired Santa Monica-Malibu Unified School District elementary school teacher will begin to train docents in January 2011 to give student tours. To her, the museum is a wonderful opportunity “for students to take a meaningful educational tour of the history of Santa Monica.”

Resident Valarie Griffin found “The museum to be very engaging with wonderful, state-of-the-art exhibits. Because many of them were of things that were part of ordinary life–newspaper, work, bendy straws, the beach–I was reminded that history is what happens as we all live our lives. I hope the Muscle Beach girls have recorded their stories for future generations.”

Mayor Shriver “gave credit to the Gabriels for spending years working on the project” and stressed their “persistence over a long period of time gave results.”

Since opening in 1988 the museum has been located in four different locations but now it has reached its goal of having a permanent home at its new Santa Monica Main Library location. The library space was planned for the museum but when the library opened in January 2006 the museum did not have all the needed funding to fix up the museum space until now due to the poor economy. Donations like the contributions of materials from Bourget Brothers are what made the difference. Lenard Bourget felt their contribution was the right thing to do because as Santa Monica natives it leaves a “permanent legacy for Bourget Brothers and is also a way to give to the community.”

The museum’s center contains a timeline consisting of four exhibits; The Town In The Headlines, A Town At Work, A Town At Play, A Town In The Arts, and Then and Now. Also part of the museum are paintings and other possessions from the City of Santa Monica’s co-founders Senator John. P. Jones and Robert F. Baker.

The museum’s new address is 1350 7th Street. It will be open on Tuesdays and Thursdays from Noon – 8 p.m. and on Wednesdays, Fridays, and Saturdays from 10 a.m. – 5 p.m. Admission will be $5 for adults and children under 12 will be admitted free. Further information can be found at www.santamonicahistory.org or by calling (310) 395-2290.

By mirrormmg October 25, 2010
in Life and Arts
Related Posts