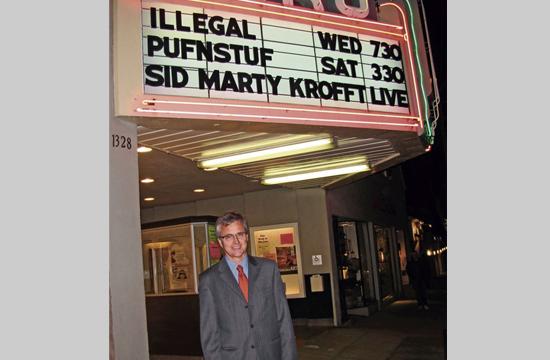 The Consul General of Belgium, Geert Criel, played host at the Aero Theatre last Wednesday at a screening of the Los Angeles premiere of “Illégal,” Belgium’s official submission for this year’s Oscar for Best Foreign Language Film.

Brilliantly directed by Olivier Masset-Depasse, “Illégal,” is a compelling, stirring film which tracks the inhumane treatment of Tania, an illegal Russian citizen living in Belgium, who in a flash, is torn from her 14-year-old son Ivan by unspeakably cruel immigration authorities and is placed in an overcrowded detention center with deplorable conditions.

Belgian actress, Aanne Coesens gives a tour-de-force, mesmerizing, powerful performance as the undocumented Tania tries desperately to avoid deportation and breaks your heart with her grit and determination to be reunited with her son. The entire supporting cast is top notch making this film quite unforgettable and certainly an outstanding contender for the Best Foreign Language film.

The screening was part of a series called “Grit and Whimsy: Recent Belgian Cinema” and began as a celebration of Belgium assuming the presidency of the European Union earlier this year.

Presented under the auspices of American Cinematheque, the series continues every third Wednesday through December by the Consulate General of Belgium in Los Angeles, in cooperation with Flanders Image and Wallonie Bruxelles Images, with the support of E.L.M.A. (European Languages and Movies in America.)

According to Consul General Criel, “We hope to continue the series next year as well,” and with the outstanding films coming out of Belgium, we hope that can be accomplished.

By mirrormmg November 29, 2010
in Life and Arts
Related Posts