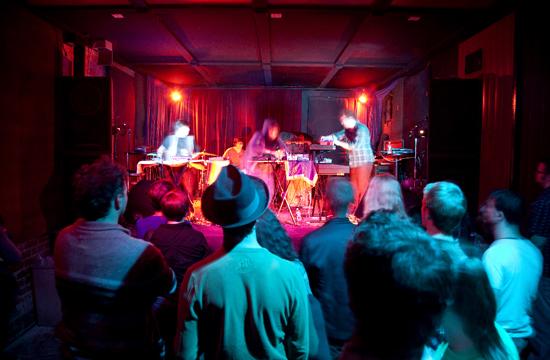 The holiday food-drive blends with live music and feel good festivities on Wednesday, Nov. 24 at 7 p.m. for the Westside edition of “Turkey Soup” at the Central Social Aid and Pleasure Club.

It is estimated that there are between 2,300 and 3,000 people who are homeless in Santa Monica alone on any given single day, according to the Ocean Park Community Center, one of the many service providers to the city’s homeless. This number includes people in homeless shelters or transitional housing facilities and people sleeping on the streets.

Coined the “largest drinking night of the year” due to the sweeping reprieve from work for most across the country on the day of Thanksgiving, drinks and live music will flow on the eve of turkey day and well into the night in the name of charity. Central’s event, located at 1348 14th Street, aims to raise money and food stock for Westside Food Bank and help feed the homeless of Los Angeles before the holidays.

Westside Food Bank, located at 1710 22nd Street in Santa Monica, is an independent nonprofit that distributes nearly 4 million pounds of food to the food assistance programs of 65 Westside social service agencies, according to their website. The food bank also possesses the “economies of scale” and due to an “efficient operation” can acquire enough food for seven meals with one dollar.

“Our food often enables low-income people to stay in their homes, deterring the problem of homelessness, because it saves them from having to make the agonizing choice between paying for rent or food when they can’t afford both,” as stated on the website.

Central aims to host live music as well as benefits and meetings for community organizations or nonprofits, said co-owner Rory Lovett last month, as well as fill the void of the local watering hole and music venue. The Central is mirrored after Social Aid and Pleasure clubs that originated during the 1800s in New Orleans. These organizations formed “benevolent societies” from dues-paying members to cover financial hardships for anything from heath care to funerals.

The venue hopes to offer a space for locals that are not only “aware of their community, but of world issues,” Lovett said.

Hosting the event is Los Angeles-based Jordy Towers, a hip hop artist signed to Interscope Records, which boast names such as Lady Gaga and the Black Eyed Peas. To start the night is Shawn Hlookoff, a British Colombia native and singer-songwriter, and Los Angeles-based Rod Zelli. The final act R1CKONE, aka Rick Dixon, has called Santa Monica home for more than 10 years and is the exclusive DJ for the clothing boutique Fred Segal in Santa Monica.

The pre-Thanksgiving concert requires either five canned food items for donation or $5 at the door for entry. Extended happy hour until 9 p.m. and live music will bring instant reward for the philanthropy. The food drive is produced by Pacq Productions, Spin PR, Brad and Dave Wieda, and Listen Deep Music, a DJ collective that will supply the night with three local acts.

The Westside Food Bank allows community members to donate online at westsidefoodbankca.org, with the ability to put money towards specific food items. For more information about the event, including tickets visit centralsapc.com.

By mirrormmg November 23, 2010
in Life and Arts
Related Posts