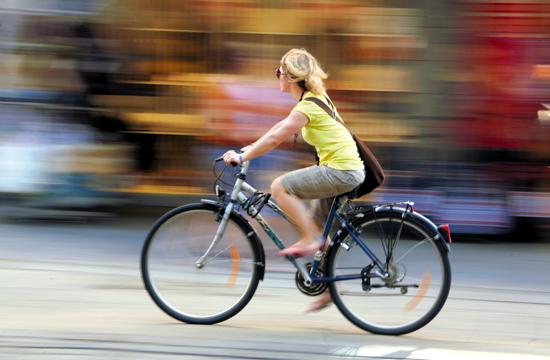 Santa Monica is developing a bicycle action plan to make the city more bike friendly. The City’s Planning Commission looked at what Long Beach is doing in this area at its Jan. 5 meeting.

Long Beach’s Mobility Coordinator, Charles Gandy, told the commission his city’s efforts over the last three years to become more bike friendly are “in response to the economic conditions we face today as well as the interest in becoming a cleaner more attractive place for people to move to.” He called the cultural shift to encouraging more bicycling in Long Beach the “new urbanism in Southern California” which is a “more urban and a less commuter lifestyle.” He then noted, “what happens in Southern California has an impact across the country.”

Gandy stressed his City’s efforts to design a great bike system has served not only as a catalyst to obtain grant funding but also for investments being made from outside businesses and a source of community pride. Also key to the success of their bike plan has been the support of the plan by their City Council and other officials.

Long Beach has put in protected bike lanes which have helped to get bikes off the sidewalks. They have also created bike boulevards which include traffic calming elements and have painted the bike lanes green on one of their sharrows. A sharrow symbol on a road indicated that is shared by cars and bikes.

The commission also heard from the community. The Vice Chair of the Recreation and Parks Commission, Phil Brock stated, “There are many cities in the United States that are embracing bicycling. We need to be a city that again is in the forefront on this. We’re trailing badly behind.”

Bike activist Michael Cahn emphasized, “It’s a topic beyond the Planning Commission so the commission needs to open up and include other players.”

Lastly, Recreation and Parks Commissioner Richard McKinnon advised Santa Monica to “think of the bike action plan … as a new way of operating in our city.”

Santa Monica’s draft bike action plan will be available by February. The City’s commissions and boards will then review the draft before the City Council adopts the plan in the spring. There is an aggressive timeline for the plan so that the city will meet the criteria of having a master plan in place in order to compete for grant funding.