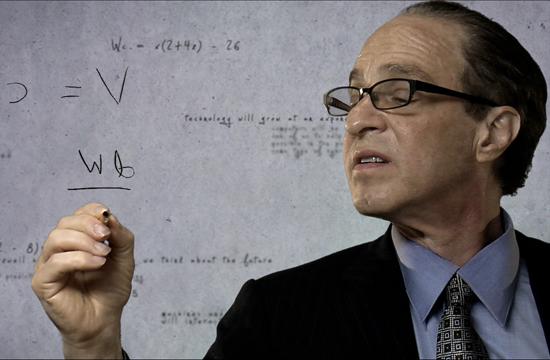 The scenario of super-intelligent robots as a part of our everyday life (and even ourselves) is not just a thing for the sci-fi books and movies according to the theory of singularity, the subject of a documentary called the “Transcendent Man,” which explores the life and ideas of Ray Kurzweil.

Inventor of the first CCD flat bed scanner and the author behind the best-selling book, “The Singularity is Near,” Kurzweil has been compared to Nostradamus for his predictions of technology and the future – or dismissed as a lunatic. But the documentary illustrates that his predictions aren’t so far fetched.

The theory of singularity doesn’t merely blur the line between human and machine, it forecasts the complete unity of the two.

By the 2030s, Kurzweil predicts we will have the technology to synthetically recreate all functions of the human brain. He furthers that eventually, this synthetic intelligence will advance at such a rapid rate that humans will have no choice but to merge with the same technology we have created. These merged, super-intelligent beings will be able to store and “backup” their consciousness (much like a computer today) and in doing so will become immortal entities, leaving death as a distant memory.

Does such a prediction, just fifteen years away, seem outrageous? Look back to a recent viral video showing Katie Couric and Bryant Gumble scoffing over the new-fangled thing called the Internet on the Today Show. The footage is only from 1994.

Growing up in the same era of thinking giants as Bill Gates and Steve Jobs, Kurzweil has had the foresight to predict many of today’s most treasured gadgets. He predicted that devices would go wireless, as well as broadband Internet access available almost everywhere. He foresaw documents with embedded moving images and sounds. He not only predicted laptops would outsell desktop computers, but that displays would take on the high-resolution and readability of e-readers, such as the Kindle or iPad.

The documentary film follows Kurzweil for two years across five different countries. Director Barry Ptolemy follows as he explores the social and philosophical ramifications of these technological changes, and the potential threat they pose to human civilization. He poses not a question of if, but when, aging and illness will be eliminated.

“Everyone has a different fear and don’t understand their bodies,” Ptolemy said. “Bodies are machines and they work fairly well, but they do break down. I don’t want that to happen to me.”

Ptolemy sought out the inventor after reading Kurzweil’s work and becoming a believer. Traveling with a man he called “an American icon,” he filmed while the techno prophet converted the likes of William Shatner and Stevie Wonder, and reached the breaking point with evangelicals.

In the film Kurzweil is not only persuasive, but compelling as he speaks of how he is extending his life span or how he plans to bring his father back to life.

“Ray didn’t invent the idea of singularity, but he articulated it better than any human that ever lived,” Ptolemy said.

Described by Forbes magazine as “the ultimate thinking machine,” critics argue that the dangers of the singularity far outweigh the benefits pointing out the apocalyptic implications that once machines achieve consciousness, we may not be able to control them. Will man welcome the dawn of the machine only to be replaced?

The film argues the real threat is that governments that will wage wars in the attempt to control these resources. Technology will be able to eliminate hunger through advances in food production at the molecular level and poverty will be eliminated.

Following its premiere at the Tribeca Film Festival, the film has viewed to sold out audiences and attracted critical acclaim. The director expressed no surprise about the welcome wagon, saying there is no way to deny that this is truth, not theory.

“Look at Egypt — you can’t stop the flow of information,” Ptolemy said. “Truth is the marathon runner.”

Two screenings will be at the Laemmle’s Royal Theater, 11523 Santa Monica Boulevard, on Feb. 16 and Feb. 17, followed by  a Q&A with director Ptolemy and Kurzweil himself, and is sure to fill up quickly. For more information visit http://www.laemmle.com.

By mirrormmg February 5, 2011
in Life and Arts
Related Posts