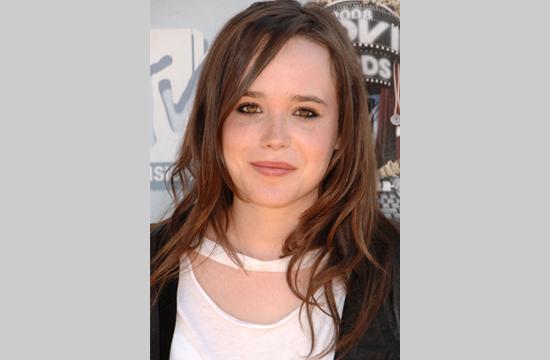 Born in Nova Scotia, Halifax, Ellen Page’s breakout role was in “Hard Candy,” a story following a young woman who entraps a pedophile and the ensuing physical and psychological damage she inflicts upon him. Her performance was spellbinding as was her subsequent performance in “Juno” as the conflicted pregnant teen for which she won the Independent Spirit Award in the Best Female category.

She had a major role in “Inception” and currently co-stars in James Gunn’s dark comedy “Super” as Libby, a sociopath who works in a comic book store. Through her relationship with Rainn Wilson’s Frank, who becomes The Crimson Bolt superhero, she transforms herself into a violent superhero named Boltie, and together they try to rid the city streets of offenders. The film also co-stars Liv Tyler as Wilson’s drug addict ex-wife, and Kevin Bacon, as a bad guy drug dealer.

The part of Libby/Boltie is different from your other roles. Did it take you out of your comfort zone?

Page: I suppose, but that’s why I loved doing it so much and that’s why I’m an actor. I just have to forget about me in those moments where I’m feeling insecure or questioning myself. You have to put ego aside and not care about making a total fool of yourself. I actually love losing me and getting rid of this thing (pointing to her body).

How did you manage those physical action scenes?

Page: I just showed up, drank some green tea, and did my best. After all, that’s who Boltie is and you do what you need to do as the character.

What stood out in your collaboration with the director, James Gunn?

Page: The amazing thing about James is that he wrote a great script and created a character for a young woman that I got very excited about. Characters like Boltie are few and far between as there aren’t that many interesting roles for young women. Working with him was an absolute pleasure and I think what’s so great about him is that he’s open and collaborative, but he’s also really sure of himself and I trusted him totally. I was able to just go for it and knew that he would either tone down my performance or let it go further.

You recently made “Inception,” which was a really high budget film vs. “Super,” which is a low-budget film. Do you have a preference?

Page: Despite these two films being at the opposite ends of the budget spectrum, they were both totally awesome experiences. “Inception” took five months to shoot and despite the vastness of the film, Chris Nolan, (director) whom I think is a genius, created a feeling of intimacy and being grounded. He’s completely present and there’s no ego. All of his stunts and sequences are tangible and you’re actually a part of them so you’re really flipping upside down in a van or hung upside down by wires in an elevator to create his vision. I love all that stuff. It was a real pleasure to work with him and the rest of the cast, including Leonardo DiCaprio and Joseph Gordon-Levitt. The whole experience was an actor’s dream.

The same goes for “Super” but in a totally different way because I enjoy low-budget films that are shot super quick. I’m sure it’s much harder when you’re the director and have 500 things to take care of. I’m just an actor and I kind of pop in and do my thing. I really enjoy flying by the seat of my pants, and especially for a character like Libby, you kind of have this kinetic energy because you’re moving so quickly. I’m actually accustomed to this because I’ve been working in Canada since I was ten, where no one had money for anything.

Do you see “Super” as pure entertainment or is there a message for the audience?

Page: I think it’s definitely a film that will polarize people and a film that is very much open to interpretation in regard to the questions it poses, whether it’s ethics or religion or just morality in general. I like films that ask questions and I also think it’s a movie where you can just go and have a blast. It’s kind of both, which is what makes it interesting.

What was the most challenging scene?

Page: The intimate scene with Rainn Wilson whose character is The Crimson Bolt because it’s absolutely unlike anything I’ve ever done before. I’ve done quite a few sex scenes for my age and I’ve also been in scenes that involved rape, but I’ve always been the victim and it’s pretty easy for us to connect to the victim because we all know what fear feels like. But even though it was hard to wrap my head around being this little sexual predator, who could take on a dude who’s six feet tall and force a sexual act, ultimately it was enjoyable.

What’s your social life like and what do you do for fun? Do you still roller skate?

Page: I still roller skate a lot with my good friend KPCC’s Alex Cohen who trained me for “Whip It” and played Axles of Evil in the film. My social life? Wow! I don’t have much of a social life and don’t go out much. I’m kind of boring. I like to spend a lot of time outside and hike.

Do you think people would find that surprising?

Page: I don’t know why they would because I don’t get my picture taken very much.

Is that on purpose or an accident?

Page: (Tongue-in-cheek) Oh no. I try really hard to get my picture taken all the time that’s why I’m always flashing my nipple (Laughter). I’m just who I am and I think because of media exposure, people think that actors are something they’re not. I’m just a dork who’s pretty boring.

By mirrormmg March 31, 2011
in Life and Arts
Related Posts