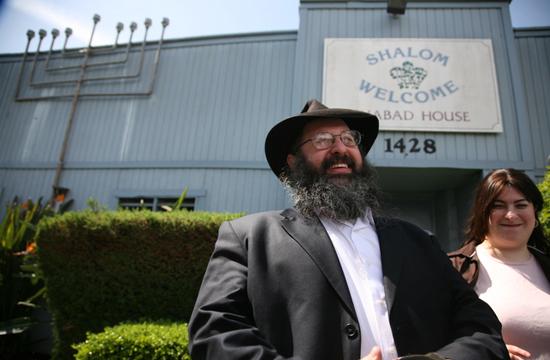 The evening of April 18 marks the beginning this year of the Jewish holiday of Passover. The eight-day festival commemorates the Hebrews’ liberation from slavery and departure from Egypt as told in the Book of Exodus in the Bible. The word Passover denotes that the Angel of Death “passed over” the homes of the Hebrews when the Plague of Death, the tenth plague, struck the Egyptians.

Orthodox Jews celebrate eight days of Passover as well as the first night. Less traditional Jews celebrate for seven days. During this period, no leavened bread products may be eaten in commemoration of the abrupt flight of the ancient Hebrews from Egypt, during which time they could not wait for the bread to rise. The bread substitute, matzo, is a cracker-like flat bread. Other baked goods, such as cakes, can be baked using ground matzo (matzo meal) or corn starch.

On the first two nights of Passover, families perform a religious ritual called the Seder (Hebrew for order). The first half is an account of the Exodus combining commentary, songs, and the eating of symbolic foods (greens for spring; bitter herbs for the suffering of slaves; hard-boiled eggs for renewal). A full dinner is then served, followed by thankful prayers and songs.

Several Seder rituals are especially fun for children. During the first half of the Seder, the youngest child asks the “Four Kashes” or questions as to “Why is this night different from all other nights?” The leader of the Seder answers these questions by reciting the Seder account of the Exodus. After the meal, children search for a hidden piece of matzo, known as the “Afikomen” (Greek for dessert). The child who finds the Afikomen can ask for a “ransom” in the form of money or a present.

Children also enjoy the final song of the Seder, “Chad Gadya” (one kid), in which a man buys a baby goat, the cat eats the goat, the cat is attacked by a dog, a stick beats the cat, et cetera. Although scholars explain the song as an allegory of Israel being conquered by successive nations, kids like the song because it is simply funny. In this writer’s family, we used to make appropriate animal sounds during the song.

In Santa Monica, several Jewish organizations and other institutions are holding Passover ceremonies and public Seders.

The non-denominational Church in Ocean Park (235 Hill Street) will be holding a community Seder on April 23 at 6:30 p.m. The Seder service, led by Jean Gasco, will combine traditional and modern elements. The event is free but attendees are urged to bring Passover-appropriate dishes. Those wishing to contribute food should call Fred Whitlock at 310.828.3951.

For Passover pastimes, film buffs can enjoy Cecil B. DeMille’s 1956 film “The Ten Commandments,” which can be rented on video and is also shown on television every year around this time (check your listings). Less traditional (definitely!) is “When Do We Eat?” a 2005 comedy starring Michael Lerner and Lesley Ann Warren, in which a family gathers for Passover but the Seder goes awry when one of the father’s sons slips him some Ecstasy. For those who are open-minded, renting this film can provide some chuckles.

And for a mixture of tradition, diversity, and imagination, seek out “A Poet’s Haggadah,” edited by Rick Lupert, a collection of Passover-themed poetry by local and national poets, available for $12 at www.poetseder.com.

By mirrormmg April 17, 2011
in Life and Arts
Related Posts