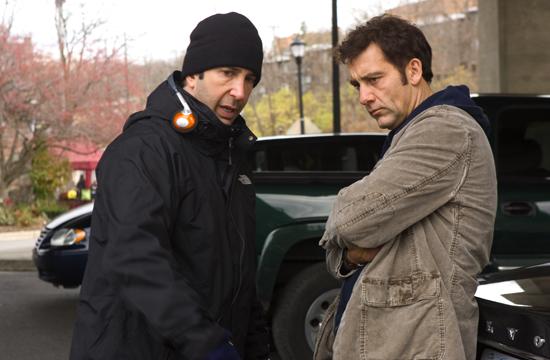 Trust may have been one thing Ross Geller easily shared with his fictional cohorts in NBC’s top-rated sitcom “Friends,” but there is nothing fictional about the very real dangers of young people confiding to unscrupulous online sexual predators. David Schwimmer, who played Ross, delves into in this subject matter in his latest directorial venture, “Trust,” starring Clive Owen, Catherine Keener, Liana Liberato, and Chris Henry Coffey.

Opening on April 1, “Trust” explores the dangers of young teenagers’ extensive cyberspace personas and alter egos, what with a 40-year-old man lurking online and pinning down an unsuspecting 14-year-old girl. What transpires is a gripping and intense tale of what could go wrong when such sexual predators interact with their trusting victims – the effects on both the victims and the families are unfathomable.

In investing more than seven years of his life in developing a film that took 29 days to film, Schwimmer said he found quite a bit of shocking revelations about online sexual predators and the psychological impact suffered by victims of the heinous crime.

“I’ve been researching this for quite a while, but this specific kind of crime, about seven years. I think I stumbled upon a lot of surprising things that we tried to communicate in the film, such as the unique psychology of a grooming victim,” Schwimmer said. “In many of these cases, a lot of these kids continue to secretly contact the predator. It’s not unlike Stockholm syndrome.”

To drive home the powerful messages he skillfully and tactfully presented in “Trust,” Schwimmer stressed the importance of casting Annie Cameron, the 14-year-old girl in the film.

“It was crucial (Annie) was age-appropriate. I think there is a danger if you cast someone who is 18, 19, 20 playing someone who is 14 or 15, the audience subconsciously believes ‘this isn’t so bad,’” Schwimmer said. “Liana (Liberato), who at the time was 14, there is a kind of inexperience and innocence you can’t act, you can’t fake. It is who she is.”

Liberato said starring in this film, especially at that age, changed her perspectives of the Internet.

Playing Annie’s father was Owen, who said the issues presented in Trust are very relevant and its release is timely.

“It’s hugely topical and it’s a subject everyone should be thinking about and looking at, really, where children use the Internet, relate on the Internet, it’s a huge thing,” Owen said about the wide world of the Web and the lurking dangers it presents to minors. “My kids know more about how to use a computer than I do. The things they can do on a computer are way beyond what I can do on a computer. There are worries that come with that.”

As “Trust” dives deep into a 40-year-old Internet predator soliciting a 14-year-old minor through cyberspace, Owen said it is really tough to keep up with the large can of worms opened by the combination of a growing World Wide Web and increasing knowledge of today’s youngsters of how to navigate through that large, seemingly endless universe.

Complicating matters is the increasing difficulty in vetting out potential predators and enforcing principally stringent laws and measures on the issue.

“You can regulate as best you can, but ultimately, part of the problem is, unless you take the computer away from them, they are actually more savvy than I am with the computer that they can be doing things that I am not actually aware of,” Owen said.

Through it all, Schwimmer pointed out “Trust” is more of a functioning set of guidelines than it is a moral compass, preaching to audiences how to live their lives in light of today’s youth who are constantly interacting on the Internet while online sexual predators amidst its fringes.

“This movie, we hope, is about parenting in the age of technology. I don’t think I am about to say what is appropriate or not for how other people parent. If there are two consensual young adults, and I am not about to say what the right age is, I think that is up to the parents and up to those individuals,” Schwimmer said. “I do know what the law is in the country and I think those laws were intended to protect young adults. I think a 14-year-old with, in our case, a 40-year-old, is inappropriate and against the law.”

By mirrormmg April 2, 2011
in Life and Arts
Related Posts