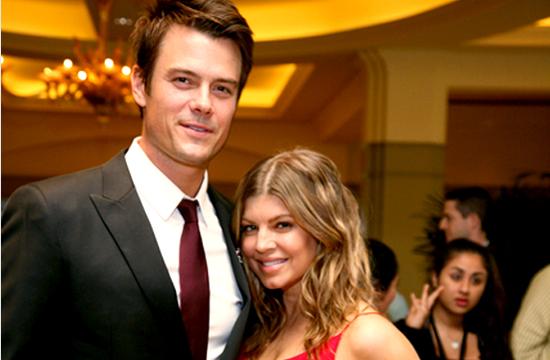 Celebrities flocked to the Fairmont-Miramar Hotel to show their support at the Fifth Annual Red Cross Red Tie Affair. Preliminary estimates show that the event has raised about $375,000.

While many people opened their pockets to give to the Red Cross, two were honored for the support they’ve already shown. Actor Josh Duhamel received the Spirit Award for his development of two charity runs for both the Haiti and Japan earthquakes.

“Over the last few years I would sort of go to the few (Red Cross) things I could and become more involved, but it wasn’t until the earthquake in Haiti that I felt – like a lot of people – that I really wanted to actively do something,” Duhamel said. “So then when everything happened in Japan, I called up the Red Cross and said ‘Can we do it again?’ And of course, the Red Cross jumped on board right away. The Red Cross has been unbelievable.”

Comedian Betty White was the main honoree, presented with the Crystal Cross Award for her efforts with animals in areas of disaster.

“Centuries ago, when I was a kid, the Red Cross was always there,” White said in her acceptance speech, raising laughs during the award ceremony. “To be honored by this magnificent organization is more than I can say.”

White went on to highlight that in her life-long advocacy of animals, she has seen a remarkable increase in animal awareness, especially those afflicted by disasters. She said that as stories of pet-owners struggling to find and save their companions have become more prominent, the Red Cross increased its support in this area. “Well, can you imagine how thrilled all of us animal lovers are to hear that the Red Cross has… included animals in your programs!” she said. “I just can’t tell you what it means to me and what it means to each individual who’s in terrible trouble from a disaster, to have you on their side understanding what you feel.”

Among the donations to the organization were an emergency response vehicle given by guitarist Pete Wentz, and other donated items were auctioned. Other celebs such as singer and actress Stacy Ferguson (Fergie), heiress Paris Hilton, and actress Erin Carufel (seen recently in “The Lincoln Lawyer”) showed up at the event.

The Rick Crocker Spirit of Volunteerism Award was bestowed on a remarkable team of doctors From St. John’s Health Center who traveled to Haiti last year and assisted in the relief effort after the Haitian earthquake. The awards were presented by American Red Cross President and CEO Gail McGovern.

“I’m astounded at how generous the American public is, it just warms my heart,” McGovern said. “Since I’ve gotten this job it has truly resorted my faith in the human race. People open up their hearts, their wallets, they volunteer, and literally open up their veins to donate blood.”

450-plus attendees paid tribute to the American Red Cross. The guest list included community leaders, business leaders, VIPs, entertainment and sports professionals in addition to celebrities from the world of entertainment.

By mirrormmg April 10, 2011
in Life and Arts
Related Posts