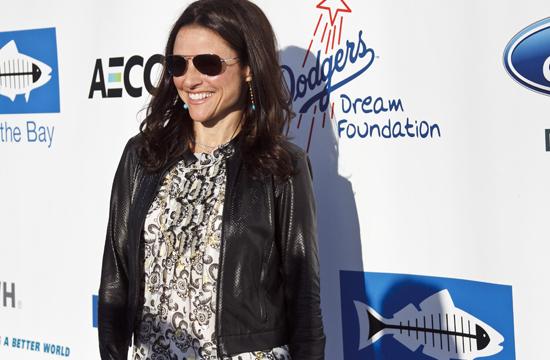 Energy and activism were not lacking on May 18, as environmental activists, celebrities, and others concerned with oceanic preservation gathered to celebrate and dine at the Jonathan Club in Santa Monica for Heal the Bay’s beach bash event. The Heal the Bay organization has been working to clean the Santa Monica Bay since 1985 through community action programs and advocacy efforts. Each year, the hard work of those involved is recognized and celebrated at a fundraising event.

This year’s sold out “Ultimate Beach Party” was held right on the sand, and featured both a silent and live auction in which a donated 2011 Ford Escape hybrid was sold in live bidding for $38,000. Beyond the money raised during the auctions, several individuals made personal donations of $300. Former Beach Boys singer and music legend Brian Wilson performed hits with members of the Beach Boys Band, and throughout the night several individuals received awards for their outstanding efforts with Heal the Bay.

Professional surfer Laird Hamilton and his wife, beach volleyball player and model Gabrielle Reece served as hosts for the evening. Among the presenters and speakers were actresses Amy Smart, Julia Louis-Dreyfus and Tia Carrere.

Heal the Bay President Mark Gold explained that the event is a celebration of the organization itself, and “to really honor some incredible people that really have done a heck of a lot for cleaning up Santa Monica Bay and California’s coastal waters.” Gold has served as the president for about five years, but has been in charge at Heal the Bay since 1994. He was the first person hired at the organization, and estimated that he has been working with them for 23 years in total. His true passion for his work is evident when he speaks of the accomplishments Heal the Bay has made over the years. He says that working for the organization is still wonderful and he is amazed at how much the bay has improved since its founding.

Todd Flora, Heal the Bay Board Member, has been with the organization for about three years, but has been active in a variety of roles for many years before that. He serves on the science and policy committee and is chair of the Santa Monica Pier Aquarium committee. Flora joined Heal the Bay because of its effectiveness at educating the public on a variety of environmental issues that affect the coast and beaches, and it gave him an outlet to work on behalf of his passion for clean beaches and oceans.

He explained that keeping the ocean healthy not only helps with public health, but with tourism revenue as well. “Healthy oceans bring people to the coast and we want them to know that in California and here in Santa Monica Bay we have a clean coast they can visit.“

Actress and Topanga Canyon native Amy Smart has been a board member with Heal the Bay for 10 years. She began volunteering with the organization right out of high school at age 18, but she didn’t want to just stuff envelopes. Smart wanted to be out in the community being proactive. She joined the speaker’s bureau, talking to children and different people in the city about the ocean. She continues to volunteer with Heal the Bay, even through her busy schedule.

“With my schedule I go back and forth. I’ll work and then when I have free time I’ll find moments to volunteer for a beach clean up or to do some press event or to help with an organic school garden . . . It’s just a juggling act. Most people have jobs; you know, you have to work and then you find time to volunteer,” she said.

Smart has watched Heal the Bay grow over the years. She says that with the addition of more staff and offices, the work can be reached on a larger level. “I think grading has helped really facilitate cleaning up the ocean more, cause then you can see the concrete facts of how are all of these beaches all doing . . . It’s just grown tremendously.”

Actor and environmentalist Ed Begley got involved when the founder of Heal the Bay, the late Dorothy Green, got him involved. Begley says that as a young man he would come to the beaches and find that he was unable to swim because the water was so polluted. “And Dorothy Green and others, including myself, thought that was unacceptable,” he said. “And now beaches that used to get an F and a D- now get an A.”

Begley has been on the board for the Coalition for Clean Air for many years, and he feels that both efforts to clean the water and air in L.A. have been successful so far, though there is always work to be done. He says he would have attended the evening’s festivities wherever Heal the Bay wanted to host them. “If they had it at Baskin Robbins in Reseda I would show up. I love Heal the Bay. I’d go wherever they have it. But this is a great venue. We get the happiness of helping Heal the Bay and you get to spend some wonderful time here at the beautiful part of the beach.”

Among the fun and celebration of the night, attendees were not quick to forget the issues that still murk the water. Smart summed up the evening’s message. “We have to clean up after ourselves. Who are we to dirty this ocean? It’s just there feeding us and allowing us to breathe and coexist. It’s more of us human beings being responsible.”