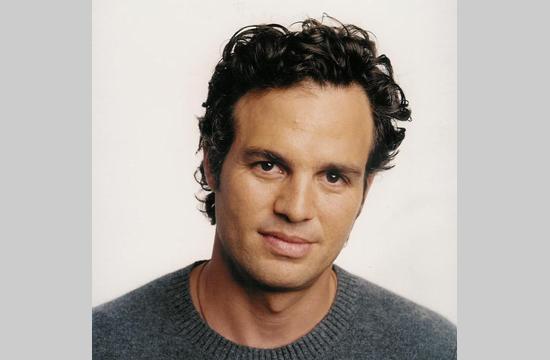 Mark Ruffalo is a compelling actor who rivets all eyes to the screen no matter what character he is playing. His quiet, but intense on-screen persona has been demonstrated in all his films, including “Shutter Island,” “Collateral,” “All The Kings Men,” “Eternal Sunshine of the Spotless Mind,” and most recently in the highly acclaimed, awarding-winning “The Kids Are Alright.” Ruffalo’s sensitivity as an actor, and perhaps his outlook on life, may have been profoundly affected by his challenging health issue.

At a recent press conference, Ruffalo sat down with a group of journalists to discuss his directorial debut in “Sympathy for Delicious,” written by his best friend, wheelchair-bound Christopher Thornton. The film took ten years to make and co-stars Orlando Bloom, Laura Linney, and Juliette Lewis, and features Ruffalo as the Skid Row priest, Father Joe Roselli. The story centers around Thornton’s character, Dean O’Dwyer or “Delicious D,” who, like the screenwriter, is paralyzed. He eventually discovers he has the power to heal people but cannot heal himself. Both he and Father Joe have to deal with the ensuing moral and ethical complications of this gift.

Ruffalo: At one time I lived near Skid Row on Sixth and Alvarado and it was pretty hairy. I use to feed the homeless so I spent a lot of time there. It’s an intense place because anything can happen at any moment. One minute you could have beautiful graciousness with people helping each other and the very next moment a fight could break out. It’s both a beautiful and terrifying place.

Did your own personal health challenge influence you in wanting to get this film made?

Ruffalo: Actually it happened right in the middle of trying to get the movie made. The first person I called was my best friend, Chris. I told him I had a brain tumor and was terrified. I had to go through my own healing process and came to know, on a much smaller scale, what he went through. I really knew what fallibility felt like and came to the understanding that there is an end to this journey and turning to faith can sometimes help in trying to cope when terrible things happen.

Would you characterize “Sympathy For Delicious” as a religious movie?

Ruffalo: I don’t think this is a religious movie, but it has religious people in it and I think there’s a big distinction with that. Chris didn’t want to write a religious movie because it would limit the audience to one belief system, but at the same time, he wanted it to be as truthful as it could. So, if you put a priest in your film, you have to go there. We talked to Jesuits so we could try to do justice to the characters.

Ruffalo: (Laughs) Well I got both things out of the way in one shot. We’ve been working closely for so long that we knew what we wanted. You have to jump in at some point and take the reins as the director. I told Chris that it was time to make the movie and that each of us had our jobs to do – his was to act and mine was to direct, and that I needed his blessings and trust.

There was a good chance this film might not work. Did you see the possible pitfalls?

Ruffalo: The story and the people are fantastical and I did think the film could go off the rails. First of all, you have a band with real music which 95 percent of the time ruins a movie because it’s hard to capture that. Then you have all this fantastic healing stuff and we could have done the lights flickering, but I felt I should strip it back. I wanted to make it as honest as possible. But it was walking the razor’s edge and it could have gone one way or another.

What do you want the audience to take away with them?

Ruffalo: I would like them to find something hopeful out of a dark journey. The story goes to a very bleak place, but something very redemptive comes out of that and “Delicious D” and my character of Father Joe are better for it.

Did shooting on a tight budget change how you look at big budget films like “The Avengers?”

Ruffalo: Sometimes I’d see a crane sitting on a set and I think to myself that I could make a movie for what it costs to have that crane parked there. It also makes me very grateful that I can do a movie like “The Avengers” and grateful that I can get enough money together to make this kind of movie. I’m a lot happier when I more grateful than thinking what the *****. I can make ten movies on their lunch budget, but there’s not a lot of grace in that and it just makes you miserable.

Do you use a different acting approach when you’re developing a fantastical character?

Ruffalo: The way I work is that I have to always find those places where it intersects with real life. Working on Bruce Banner (aka “the Hulk” in the upcoming “The Avengers”) and thinking that I could tear the roof off this place like that (snaps fingers), does something to you. I try to bring those elements to whatever I do.

Did your training with Stella Adler impact on your directing as well as your acting?

Ruffalo: Absolutely. Stella used to quote George Bernard Shaw saying, (imitating her voice) “Dahlings, you should have to pay to go to church and theatre should be free.” It was her deep belief that stories are tools to make us reflect upon what is human in us, and those are the kinds of stories I like. I learned how to see the truth through her eyes and through her teaching. I know when someone’s lying or when something feels right or doesn’t feel right. I also know how to look at material and find out what is bigger than you and to lift the ideas of that material.

Was she tough on the actors?

Ruffalo: Stella loved actors and she expected great things from them. She considered actors to be the last American aristocracy and saw them as true and important artists, which is how I look at my actors. But boy, if she didn’t like your scene, she would eat you alive and scream, “You should leave the theatre and never come back.” And that was mild. I was doing a scene from “The Lion in Winter” and she hated my costume and literally swept the stage with me. The only thing that saved me was that I was kind of a wise ass. She used to tell everyone that they must have a costume and didn’t care whether they bought it or stole it. She yelled, “Where did you get that costume?” I said, “I stole it Stella.” It brought the house down. But she did tell me to leave the theatre and never come back.

Now that you have your directing legs, do you have the bug?

You’ve been very outspoken politically. Do you want to incorporate your views into your films?

Ruffalo: I think it’s hard to do that. We were able to do it somewhat in the “Kids Are Alright” because it’s not a polemic. The writer wasn’t going after a political point of view but was just telling the story. If I found something great that expressed my political point of view, I would consider it, but I’m more of a humanist than anything else and don’t have a real political agenda. I’m just on the lookout for interesting stories.

You began your career in theatre. Could you talk a little bit about the process?

Ruffalo: There’s a way that theatre people have of working with each other. We have a short hand and plays are usually character driven. A lot of work goes into the development of characters and a lot of that work is on the shoulders of a literary legacy that has a tradition.

You are a famous international movie star. What are the challenges of combining career with the role of father and husband and keeping your marriage happy?

Ruffalo: After I finished “The Kids Are Alright,” I took two years off and haven’t acted since then. We moved away from Los Angeles to upstate New York and really simplified our lives. It was probably the best thing I could have done for my marriage and my family. It’s tough on everybody when I’m gone for long periods of time so I felt it was important to make the time to just to be with my family, even though I might want to go off and do something else.

Did you get used to the cold?

Ruffalo: (Laughs) It’s brutal, but fun, because we go skiing, ice skating, and sledding. Taking time to have fun together has been a huge balm to my family.

By mirrormmg May 6, 2011
in Life and Arts
Related Posts