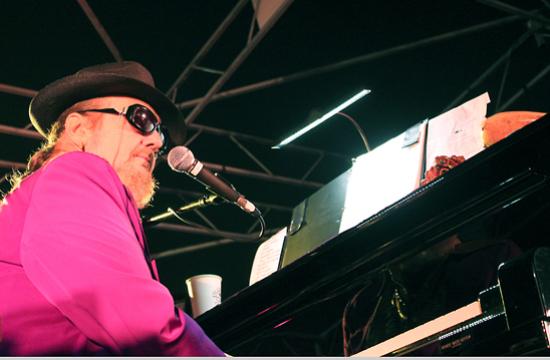 For nearly 30 years, the Twilight Dance Series (TDS) has entertained Santa Monicans and nearby music lovers alike during the summer months at the Santa Monica Pier. Artists such as Patti Smith, Joan Baez, The Neville Brothers, Bo Diddley, Poncho Sanchez, The Drifters, and Spanish Harlem Orchestra have filled the Pier with harmonic melodies. In 2010, an international conglomerate of artists from Congo, Italy, Australia, India, and the United States packed the Pier during seven summer nights in July and August.

How the 27th edition of the TDS will shape up remains to be seen. Steve Gibson, the interim executive director of the Pier Restoration Committee (PRC), assures the series will return in 2011 with a full slate of musicians despite the lack of an official lineup or major sponsor announced, and with only eight weeks remaining before the event’s planned July 7 launch date.

“We are in negotiation with about three major (sponsors). They are all in crucial stages of negotiations,” Gibson said. He said if just one of the three sponsors commits, there will be enough funding in place for the series to occur this year. “There will be at least seven nights, but our goal is to do 10 nights. But it’s all sponsor based.”

While exact details may not be available until later this month, Gibson indicated there are plans to have a tango night, a Hawaiian-themed night, and a surfing guitar night. TDS is planned to begin on July 7 and, should sufficient funding be secured this month, it will run through Sept. 8.

The event initially spawned in 1983 to save the Santa Monica Pier. Nearly 14 months ago, the TDS itself appeared in need of being saved when it required an infusion of cash from the Santa Monica City Council, that nearly doubled the event’s 2010 budget when it disbursed $50,000 toward the series in March 2010. The one-time funding initiative added to the more than $47,000 the event had in its coffers from community and corporate sponsors.

Gibson said the PRC is not planning to approach City Council for funding this year.

Among the other sponsors who contributed to the TDS last year were the Australian Consulate-General of Los Angeles, Virgin Australia, Pacific Park, StarLine, and Bloomingdale’s, among others.

A representative from the Australian Consulate-General office in Century City said the office has been working on being involved again to promote Australian Contemporary Music and Culture and develop an “Australia Rocks the Pier“ program this year. The spokesperson added the Consulate was thrilled with the turnout for last year’s “Australia Rocks the Pier” program, which featured a crowd of nearly 10,000 to watch three artists from Down Under, including Ry Cuming, Brother, and headliner Ben Lee.

“We see this as a great opportunity to promote some great Australian music talent and Australia’s cultural diversity more broadly. The Santa Monica Pier is a wonderful iconic location and given we received such a positive response from audience and industry alike last year we were keen to do it all again,” Chris DeCure, the Australian Consul General to Los Angeles, said. “It’s about providing a little taste of Australia that we hope appeals, intrigues and broadens people’s perspectives of Australia’s diversity, talent and culture.”

Gibson told the Mirror the PRC plans to have significant updates regarding the TDS, both with respect to sponsors and lineup, within the next few weeks and well in advance of the program’s planned July 7 start.

When TDS began in 1983 it was a weeklong music concert orchestrated to repair the land-water venue damaged by severe El Niño storms of the winter season that year. According to the PRC, about 450 feet of the Pier was demolished by the strong storms of the 1983 winter.

Two years later, the Santa Monica Arts Commission invested $7,000 into the event in an attempt to establish an annual music concert series to “promote dancing on the pier.” Ever since, the TDS has been one of the longest-running free concert programs in the United States, with as many as 15,000 people attending the event according to the PRC.

To learn more about the Twilight Dance Series visit santamonicapier.org/tds.

By mirrormmg May 6, 2011
in Life and Arts
Related Posts