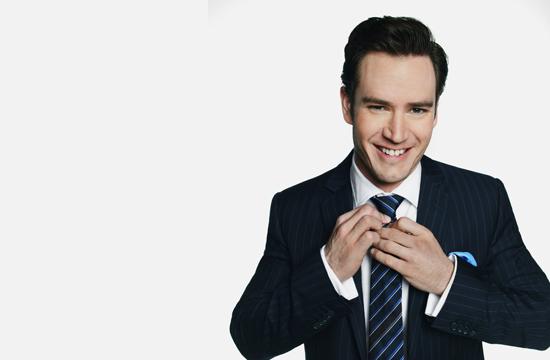 Mark-Paul Gosselaar either made you laugh as he pulled off childish pranks as Zach Morris in the ‘90s TV series, “Saved By The Bell,” kept you on the edge of your seat when he chased after dangerous criminals as Detective John Clark Jr., in “NYPD Blue.” Both shows combined for as many episodes as a regular season of games played in Major League Baseball (162), most people have seen Gosselaar either take on comedy or drama genres. On June 1, Gosselaar does both as he portrays Peter Bash in the new TNT dramedy “Franklin & Bash,” which also stars Breckin Meyer, Malcolm McDowell, and Kumail Nanjiani.

In combining drama and comedy together in the lawyer-themed “Franklin & Bash,” Gosselaar told the Mirror in an exclusive interview that the show strikes a perfect balance between both genres, similar to a classic television production considered one of the greatest programs ever made. “Everything is funny except for when we are in the courtroom and we’re dealing with our clients,” Gosselaar said, comparing “Franklin & Bash” to “M.A.S.H.,” where the saying went everything was funny but the war. “We take (the law element) very seriously. The cases are very complex. To stay true to the legal structure, the genre of the true legal drama, and to put comedy into it, that’s brilliant.”

The brilliance of “Franklin & Bash” definitely rubbed off well on Gosselaar, who seemed to take an immediate liking to the latest TNT original series, joining the likes of “Rizzoli & Isles” and “HathorRNe.” Gosselaar boasted the new show’s uniqueness and distinction from other legal dramedies.

“This one is different from the other shows I have done for the past decade. It has that element of comedy throughout it. That is what drew me to the project,” Gosselaar told the Mirror. “It wasn’t your typical legal drama. I needed to make sure that it wasn’t anything similar to what I’ve done on TNT because I was on the network again.”

Just the same, Gosselaar pointed out the “buddy” relationship he had with his co-star in Meyer was also a significant draw to “Franklin & Bash.”

“I think it’s real, the connection that Breckin and I have, the chemistry that we have is real, and that comes off onscreen,” Gosselaar, who was born in Panorama City to Dutch and Dutch-Indonesian parents, told the Mirror. “From the very beginning that was one of the most important elements, to try to find two guys that genuinely like being with each other on and off the screen.”

While Gosselaar found plenty of bonding time with Meyer on and off screen, he pointed out the same could not necessarily be said of the connection between the actor and his character, Peter Bash. Although Gosselaar said he thoroughly enjoyed playing Peter Bash, he and the character he plays have very little in common.

“A good portion of the character is not me. Peter is very confident, he is very vain. He’s a ladies man. I definitely don’t have a lot of things in common with the guy other than the fact we look alike,” Gosselaar said. “I‘d rather show up to work and immerse myself in a character that isn‘t me. I like playing characters. That is the challenging part of being an actor.”

Luckily, Gosselaar is allowed to focus on taking on significantly taking on challenges as a skilled thespian. Jokingly claiming he has never been in any trouble with the law requiring retention of counsel, the former “NYPD Blue” and “Saved By The Bell” star was able to rely upon his previous challenges in immersing himself into the Peter Bash character.

“Personally, I’ve never needed to have an attorney,” Gosselaar jokingly said. “But, I have done research in the past, specifically for ‘Raising the Bar.’ Also, on ‘NYPD Blue,’ I was able, for one week, to spend time with NYPD and see from their point of view. So, when I came onto this project, I sort of had a background.”

Gosselaar has developed quite the extensive background in television and film, debuting in “Highway to Heaven” in 1986 and never looking back. In his 25 years on the small screen, he said television content has not really changed.

However, interestingly enough, the actor pointed out there is a major element of television that did change over the course of his career: the audience.

“It’s hard not to recycle. Obviously, we’re not reinventing the wheel with another legal drama, and it’s not the first one to bring comedy into it,” Gosselaar pointed out, citing previous shows such as “Boston Legal” and “Ally McBeal.” “There’s an element of recycling, even in television. I think the audience has changed. The audience has become much more aware. There is much more material for them to view, and if they are not happy with what is currently on, they can go to another network.”

Hopefully, the amount of viewers switching away from “Franklin & Meyer” to another network will be kept to an absolute minimum, as Gosselaar is rooting for the show to not only traverse into multiple seasons, but also eventually put him on a path to transition into film.

“I am happy where I at right now, but I would like to see ‘Franklin & Bash’ go for a while (and) eventually see if I can work myself into more of a film career,” Gosselaar said.

After June 1, TNT will find out whether the complementary relationship shared between Meyer and Gosselaar will indeed translate into a loveable lawyer-buddy dramedy that will catch on for years to come.

By mirrormmg June 3, 2011
in Life and Arts
Related Posts