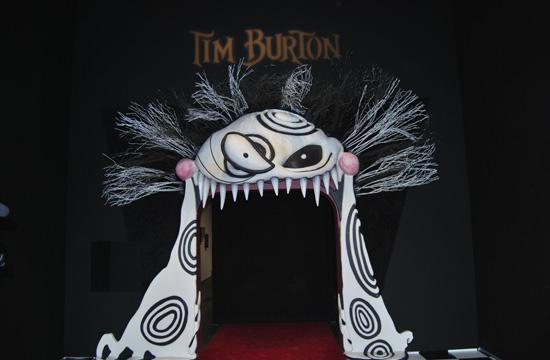 Acclaimed filmmaker Tim Burton is the subject of an eponymous exhibition at the Los Angeles County Museum of Art (LACMA), where the Tim Burton retrospective dives deep into the mind of a man who created visually stunning films such as “Batman,” “Batman Returns,” “Edward Scissorhands,” “The Nightmare Before Christmas,” and “The Corpse Bride.” Burton blurs the lines between edgy Hollywood filmmaking and graphic personal expression.

Through the fusing of “popular culture, fairy tales, and traditions of the gothic,” Burton’s films have captivated millions of peoples for more than four decades. In using cinema as the ultimate form of personal expression, the LACMA exhibition and retrospective finally gives film connoisseurs some perspective of what went on in Burton’s head as he pushed the limits of what could be seen on the silver screen.

While moviegoers could only piece together the true spirit of Burton’s work by analyzing his body of work over a period of time or analyzing a few elaborately insightful DVD or Blu Ray commentaries, LACMA’s Tim Burton exhibition is essentially a 700-work display, functioning as the inner workings of a creative mastermind and eccentric genius.

Burton, himself, explained how his own mind and head became the ultimate living smorgasbord of a working art exhibition.

“Growing up in Burbank, there wasn’t much of a museum culture. I never visited one until I was a teenager (unless you count the Hollywood Wax Museum). I occupied my time going to see monster movies, watching television, drawing, and playing in the local cemetery,” Burton explained in a statement. “Later, when I did start frequenting museums, I was struck by how similar the vibe was to the cemetery. Not in a morbid way, but both have a quiet, introspective, yet electrifying atmosphere. So all these years later, to have this exhibition, to be showing major things – some of which weren’t meant to ever be seen, or are just pieces of the larger picture – is very special to me.”

The exhibition, which was organized by LACMA assistant curator Ron Magliozzi, along with Jenny He (curatorial assistant), and Rajendra Roy (from The Museum of Modern Art), features about “700 drawings, paintings, photographs, film, and video works, storyboards, puppets, concept artworks, maquettes, costumes, and cinematic ephemera.”

Throughout the entire exhibition, there is something to see for anyone who claims to even be a casual fan of Burton, whether it be the puppets depicting the vivid yet lifeless characters of “The Corpse Bride;” the gothic costumes and masks of the “Batman” series of Michael Keaton fame; the elaborately robotic scissor limbs of “Edward Scissorhands,” or, the animatronic “Robot Boy” from Burton’s 1997 children’s book “The Melancholy Death of Oyster Boy and Other Stories.”

Just the same, the storyboards and seemingly disorderly yet highly functional scrapbook-style notes capturing the inner workings of Burton’s million-mile-per-hour-mind provides a most unique storytelling device that puts even the greatest, most visual time-lapse photos to shame.

A scribble here, a jot there, and strange but familiar doodles everywhere else, the exhibition experience at LACMA can best be described by two words bearing striking resemblance to a similar sounding but slightly-tweaked moniker of a briefly popular hip-hop group: organized confusion.

Or maybe confused organization would be better?

Whatever your ultimate pronoun or adjective may be, the moment you depart through the gift shop one thing is for certain: unless you’ve either never heard of Tim Burton or completely despise his work, it is difficult, neigh impossible, to not be in awe by the collection of “never-before-exhibited drawings, paintings, sculptures, and sketchbooks,” so intricately combined with gripping movie posters and the ultimate mood music, composed by Danny Elfman.

The exhibit essentially “traces the evolution of Burton’s creative practices,” capturing the not-so-linear timeline of the filmmaker’s mental growth from childhood fascinations of grisly images to matured mastery of mind-bending visuals.

Admission to the exhibition, which runs through Oct. 31, is $20 per person; LACMA members are entitled to two free tickets, while children under the age of 17 are also admissible at no charge. For group ticket sales, either e-mail LACMA at groupsales@lacma.org or call 323. 857.6010.

By mirrormmg June 12, 2011
in Life and Arts
Related Posts