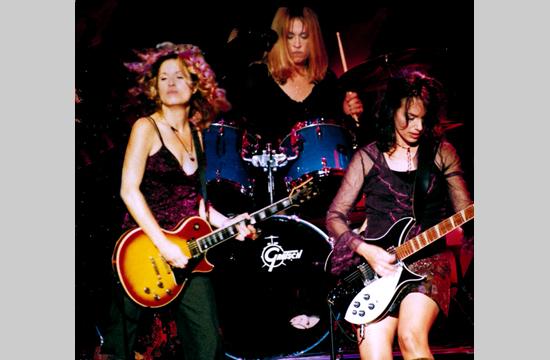 Dance in the sand or on the Santa Monica Pier at the second performance in a series of free weekly concerts called the Twilight Dance Series. The theme for the night of June 14 is ‘80s Pop Music, which will feature a trio of front ladies rocking the set.

“We’re excited about playing so close to home,” said Vicki Peterson of the Bangles. “It’s going to be a family and friends night! The concerts on the pier always have such a quintessential California feel to them – summer nights, the beach, the screams from the roller coaster… plus it’ll be a full moon on the 14th, so won’t that be nice?”

The music begins at 7 p.m with satellite radio star and Canadian Folk Music Award winner Caracol. Highly popular in her hometown of Montreal, this artist features vibey songs in both English and French. Caracol mixes together retro Americana folk with soul invoking images filled with feelings.

Caracol is recording her second solo record due to be released in early 2012 and is taking a break to join in the excitement taking place on the pier. Expect a small yet exotic Hawaiian ukulele to invoke surrealistic imagery painted by the seemingly endless Pacific Ocean in a straight-from-the-heart set.

“My music is very honest,” Caracol said. “It’s a mix of a bit of folk music, Chanson Frances, indie pop, and lots of vocal harmonies. I am very excited to play my new and never-before-heard song ‘Strange Film.’ I am also planning to do a cover of Cindi Lauper’s ‘Time After Time.’”

The ‘80s flavored music will continue after the sun goes down, at around 9 p.m., as the Bangles will begin to play. The Bangles are an ‘80s female pop sensation that dominated the rock scene in the mid-to latter-half of the 1980s. Their hit songs include, “Walk Like an Egyptian,” “Manic Monday,” and “Eternal Flame.” They played together until 2003 and recently reunited to record a new album coming out in September entitled “Sweetheart of the Sun.” A U.S. tour is to follow this fall.

“I can’t tell you what songs we are going to play at this show,” Peterson said. “You’ll just have to come to the Pier and find out.”

Parking will be available in the north 1550 lot of Pacific Coast Highway or anywhere else you can find parking, said pier event organizer Anne Railsback. The City of Santa Monica will also provide free bike valet services on the south side of the pier along the bicycle path.

This is the second of 10 free concerts at the Santa Monica Pier this summer continuing from July to September. This free concert series presented by One West Bank and produced by The Pier Restoration Company will give attendees the chance to see popular bands playing to the soothing sounds of the ocean just a hop, skip, and a jump away.

By mirrormmg July 13, 2011
in Life and Arts
Related Posts