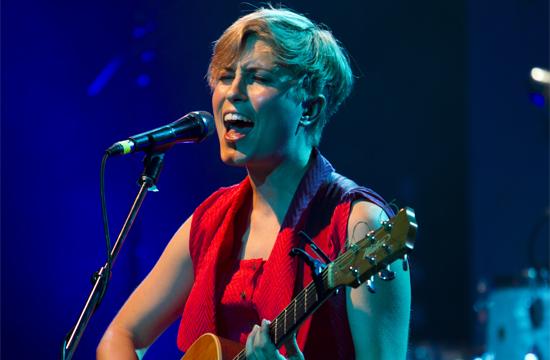 Reflect on life and love with a trio of Aussie artists performing at the Santa Monica Pier on July 21 during the third of 10 free weekly concerts of the Twilight Dance Series. The theme for the evening will be Australia Rocks the Pier and features folk artists from the land down under.

Music will begin at 7:10 p.m. with multi-instrumentalist Andy Clockwise. “With music, I am able to release my multiple personalities on stage. I call it schizo pop.”

Clockwise will sing his songs “My Generation,” and “Love and War.”

He currently lives in Los Angeles but was born in Sydney. “I always enjoy it when I get to play on the Westside,” Clockwise said. “The reason I like my bassist and drummer is because they let me do things my way.”

After Clockwise, Kim Churchill will continue at around 8 p.m.

Twenty-year-old Churchill grew up down under in quiet, picturesque Lake Merimbula. He loves to surf.

“I grew up in a very small beautiful town with about three thousand people and a beach that has tons of surf breaks. I got my first guitar from this old guy in the bush,” Churchill said.

He grew up in a place where he barely had to ever wear shoes, with the Tasman Sea less then a mile away from his home near the lake. His song “Truest Intentions,” echoes his life as a surfer searching for true answers.

“When I play my guitar, my music is always changing. I like to go with the flow. If things happen, they happen. It’s this constantly evolving sonic outworks that’s somewhere between folk and rock music.”

Churchill is a one-man band whose finger picking influences include ‘60s icon Bob Dylan. Whatever wave he finds himself on, be it in the ocean or in music, he is on a quest to find out who he is.

“Surfing keeps me grounded,” Churchill said. “When I paddle out into the ocean I am completely on my own and nobody is influencing me out there. It gives me time to be exactly who I am.”

He plays a guitar that is loaded with pickups running through a multi-story pedal board. “The reverb delay makes my guitar sound just like an organ,” Churchill said. “With my acoustic guitar, I try to make sounds that nobody has ever made before by changing, reforming, and rebuilding my music. I like body tapping on my guitar and creating these mammoth sounds.”

Headliner Missy Higgins of Melbourne cultures her audiences with her heartfelt lyrics in accompaniment to her talents on acoustic guitar and piano. She has twice graced the cover of Australian Rolling Stone magazine. Her songs include “Scar,” “Where I Stood,” and “Steer.”

“Piano and guitar are very empathetic instruments to someone who needs to pour out their emotions,” Higgins said. “But folk music is such a wide and general term. In my music it’s all about the lyrics and storytelling.”

She just finished recording her new and currently unnamed album that will be released early in 2012. “Deep Red Dirt,” “Honest,” and “Tricks,” are a few of the songs she is planning to play in her set.

“Lyrical lines grow out of my story I sing,” Higgins said. “It’s quite organic in nature.”

Higgins has never played a concert in Santa Monica before but became well known in Los Angeles for her years of rocking out at nightclubs in the area. “I used to live in Silver Lake for a few years and performed a lot in the city,” Higgins said. “I actually recorded my second album, ‘On a Clear Night,’ in Santa Monica.

Higgins feels fortunate to be with her new five-piece band featuring bassist Butterfly Boucher, who has helped Higgins reinvent her music.

By mirrormmg July 20, 2011
in Life and Arts
Related Posts