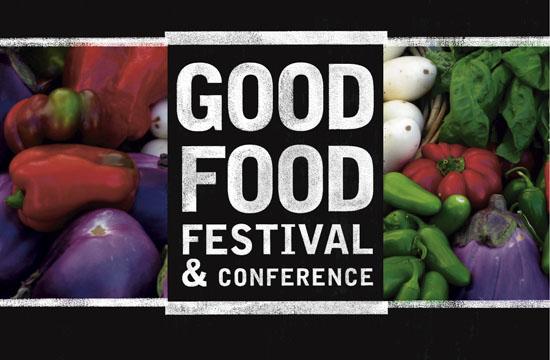 The Santa Monica Farmers Market certainly wants to commemorate its 30th year in existence in a big way, as it will complete the rest of this week with the city’s first-ever Good Food Festival and Conference.

Officially kicking off today and running through Sunday, Sept. 18, the five-day event will feature a series of events highlighting the freshest fares, enjoyable music, and numerous other festivities showcasing “locally and sustainably produced food and innovative leaders from the good food movement.”

Santa Monican Laura Avery, a central figure in the Farmers Markets across town, helped spearhead with FamilyFarmed.org the arrival of the Good Food Festival and Conference, which had already been operational in Chicago for the past six years, to the sleepy urbanesque resort by the sea.

“The Santa Monica Farmers Market is pleased to bring these groundbreaking events to consumers and businesses in Southern California,” Avery, who has managed the market for 29 of its 30 years, stated. “For the past six years, our partner, FamilyFarmed.org has produced the most successful trade show and festival for small to mid-size focused farmers in the country. They have a proven track record of developing farmer focused events that play an important role in building local food systems.”

Jim Slama, president and founder of FamilyFarmed.org, was thrilled when Avery reached out to him and discussed the option of coinciding the Santa Monica Farmers Market’s thirtieth anniversary celebration with the Good Food Festival and Conference.

Already established in Chicago, Slava said combining the festival with the Farmers Market’s landmark celebration was a natural fit.

“The Santa Monica Farmers Market … is one of the country’s leading farmers markets and has an amazing following of people, families, chefs and distributors that shop there each and every week,” he stated, adding the FamilyFarmed.org board members were immediately sold on hosting the festival to coincide with the Farmers Market’s birthday.

Among the many highlights of the five-day event is the Localicious Gala affair on Friday, Sept. 16, at the Annenberg Community Beach House, which will coincide with the Farmers Market’s 30th Anniversary celebration.

The Localicious Gala will take place on the sand by the Annenberg Community Beach House; featured at the event will be a pairing of 30 chefs and 30 market farmers in the name of creating signature dishes made from fresh fare.

Beyond Localicious, the Good Food Festival will also feature film screenings, an art exhibition, a speaker series, a trade show, and cooking exhibitions.

One highlighted event is “chefs at Play,” which takes place at SaMoHi on Saturday and Sunday from 10:30 a.m. to 5 p.m. At the event, several local famers will be pared with chefs as part of a series of cooking demonstrations.

Over at SaMoHi’s Barnum Hall, the festival will host the exhibition opening of “Rediscovered Gems: WPA Agricultural Art” on Thursday, Sept. 16, from 6:30 p.m. to 9:30 p.m. KCRW’s Even Kleiman will moderate a discussion featuring leading farmers, world-class chefs, political leaders, and others.

Among the featured speakers at the Food Policy and Public Health Summit at Santa Monica College on Friday, Sept. 16, the likes of Chipotle founder and CEO Steve Ells and California Endowment CEO Robert K. Ross will speak about future of food in the context of public health and policy.

The Good Festival and Street Fair will also headline the weekend portion of the five-day festival, with several vendors participating.

For more information on all the events affiliated with the Good Food Festival and Conference, please visit: www.goodfoodfestivals.com.

By mirrormmg September 14, 2011
in Life and Arts
Related Posts